Free press in our community

The Challenges to Democracy class taught by social studies teacher Kristen Collins explored the personal sacrifices of journalists in censored nations and commemorated 24 journalists that were killed on the job in 2018 through a mural in the social studies department.

Collins works with a journalism organization based in Washington D.C. called the Pulitzer Center, which funds journalists to pursue underreported stories that then get published in recognized news sources such as PBS News and The New York Times. During that school year, Collins had invited a group of journalists from the Pulitzer Center to speak with her students, which inspired that year’s mural. The students were trying to convey the importance of domestic and international journalism and protecting press freedoms.

“I think it really struck home to my students, the importance of getting to those stories and paying attention to stories that don’t get told often,” Collins said.

Earlier in the class, the students had studied the suppression of the press in Turkey, as well as concerning press freedoms and condemnations of journalism in the United States.

[The underreported] stories are not on the front page or headlines. When you don’t have freedom of the press or journalists that are brave enough to access the parts of the world where things are happening, we don’t know about them.”

“[The underreported] stories are not on the front page or headlines. It’s journalists that get to these stories and make the public aware of them, so we know it’s happening out in the world,” Collins said. “And when you don’t have freedom of the press or journalists that are brave enough to access the parts of the world where things are happening, then we don’t know about them. And we can’t help people if we don’t know there’s a problem there.”

Along with learning about the suppression of freedoms around the world, the school community exercises their freedom of speech and press on a daily basis. The yearbook team covered a wide range of topics last year, some of which were controversial or underrepresented. One page focused entirely on winter holidays, hoping to highlight diversity and represent different ethnicities in our community. A more controversial page covered the 2020 election on one side and the Capitol riots on the other. Senior and yearbook editor Lilly Francis reports that the yearbook team works to keep staff opinions out of the story in order to truly capture the student body’s perspectives.

“Our country is very polarized, so it was a big year to be covering [the election], especially with the election of the first female Vice President,” Francis said. “Some people in quotes and captions express their [political] opinions. It’s just one way we have freedom of the press here because [students] are able to speak freely and we’re able to cover these things without picking one side.”

Another example of the yearbook covering controversial topics was the activism page, which covered systemic racism and Black Lives Matter marches.

“I think it gives us a voice, which is really what we need because we’re the future leaders of this country. The fact that we’re so young and encouraged to express our voice and create opinion pieces to put our voice in the world is a good practice our school has instilled in us,” Francis said. “It also shows the community how student-led we are, the fact that we put out such a solid yearbook every year and the Pathfinder gets so many awards. It shows we’re not ignorant of things going on, and by putting more press out into the world, we’re continuing the cycle.”

Constitution Day cannot be truly and completely celebrated until every citizen of every country has the freedom of speech, press and every other fundamental freedom.”

Francis says that the yearbook will continue to uphold freedom of the press by reporting the opinions and experiences of the student body without bias. Junior Elle Rotter, the Awards Coordinator for the Pathfinder, is similarly grateful for the freedoms granted to writers, such as entering other classrooms to take photos or conduct interviews.

“When our writing or actions are being censored, it creates a less reliable and accurate [environment] for journalism. Whether it’s calling out students or teachers, it’s a hard thing to do. Yes, students should be thinking of the words they’re writing before it gets published, but it’s an important liberty we have,” Rotter said.

Like the yearbook, the Pathfinder had the opportunity last year to cover controversial topics without censoring student opinions, including the 2020 election, the Capitol riots, structural racism and mental health illnesses. 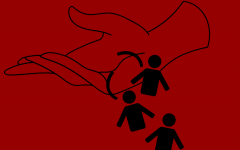 Parkway Board of Education: We are disappointed 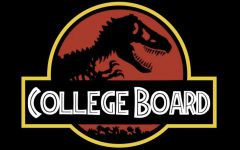 “dinosauce313” and an allegedly botched College Board sting operation

“I’m really thankful that we have such a trusting administration and staff that allows us to pull students out of class and ask questions, and then write about it the way we feel it should be written. We have structures as a newspaper, but we are never told what we need to write or how a story needs to be written from our adviser,” Rotter said.

The freedoms offered to the yearbook and newspaper teams have allowed for its writers to be recognized beyond the West community. Other than receiving national recognition for the publication, the Pathfinder’s stories are viewed globally. In fact, some of the most viewed articles since 2017 have been those that have created controversy and debate, including articles that have criticized the actions of the Parkway Board of Education and the College Board.

As we recognize Constitution Day today in our social studies classes, we also need to recognize that while American citizens are granted basic First Amendment privileges, such as the ability to freely express opinions and access information that speaks critically of our government, many global citizens don’t have the same rights and freedoms. The same types of news articles we read with our morning coffee could have fatal consequences for a journalist in Syria or a citizen in any other censored nation.

In the words of Martin Luther King Jr., “Injustice anywhere is a threat to justice everywhere. We are caught in an inescapable network of mutuality. Whatever affects one directly, affects all indirectly.”

While it is important to celebrate Constitution Day and commemorate the document which granted Americans fundamental rights, it cannot be truly and completely celebrated until every citizen of every country has the freedom of speech, press and every other fundamental freedom.