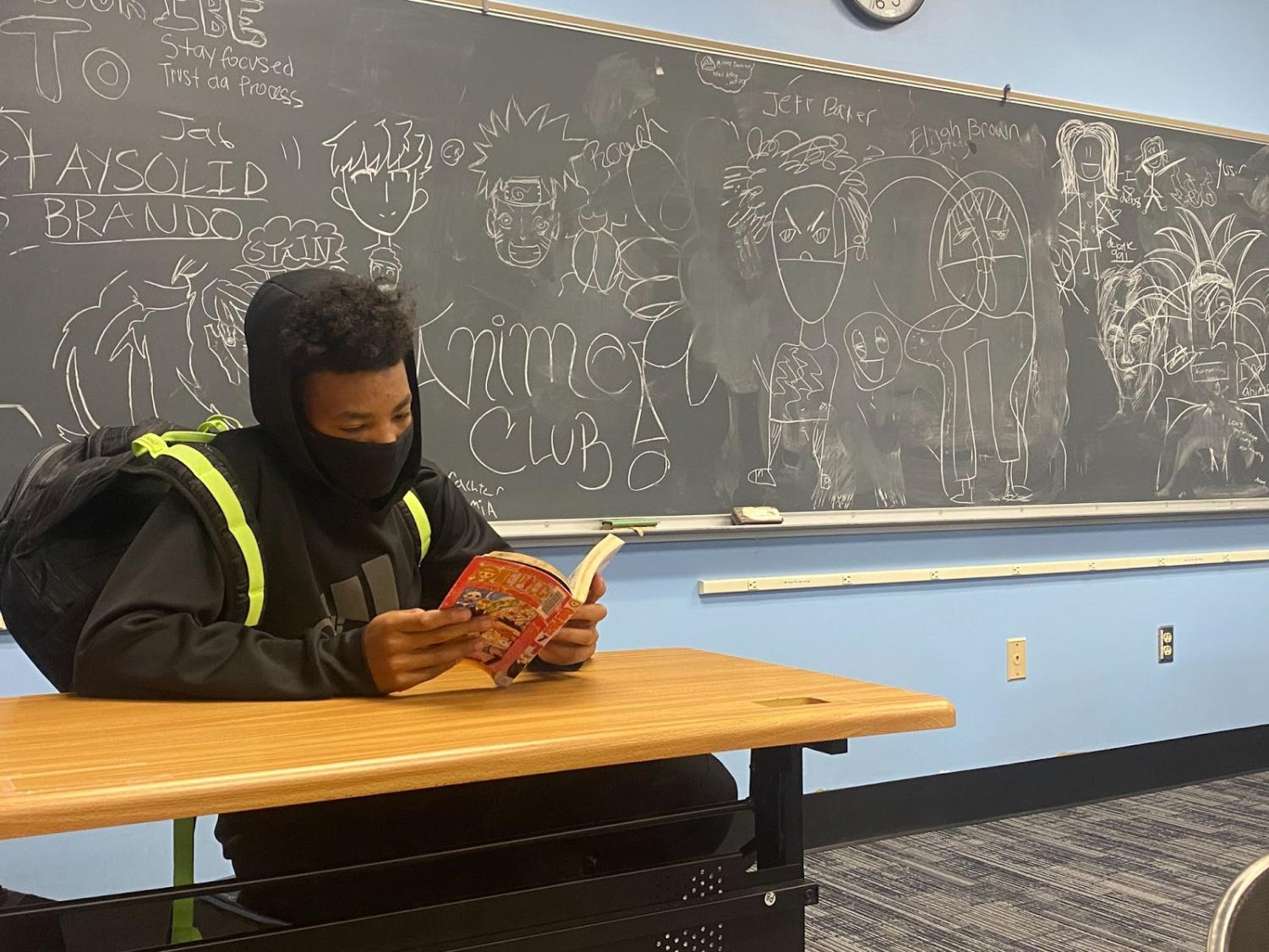 Every week sophomore Clayton Kayira comes to the anime club inside the library during aclab. He expressed his hobby with others who have the same interest. “I’ve been watching anime for four years and I started with Naruto, and it’s nostalgic for me to watch,” Kayira said. (Jordan Scales)

Every week sophomore Clayton Kayira comes to the anime club inside the library during aclab. He expressed his hobby with others who have the same interest. “I’ve been watching anime for four years and I started with Naruto, and it’s nostalgic for me to watch,” Kayira said.

TV genres can get very repetitive. Anime is rising on the popularity scale, and because of its unique style of cartoon targeted to a Japanese audience and by the definition giving it the genre anime. People trying to find a good anime to start off with may find it very difficult, especially if they have never heard of it before. Each week the Pathfinder will release a new show that we suggest you explore. 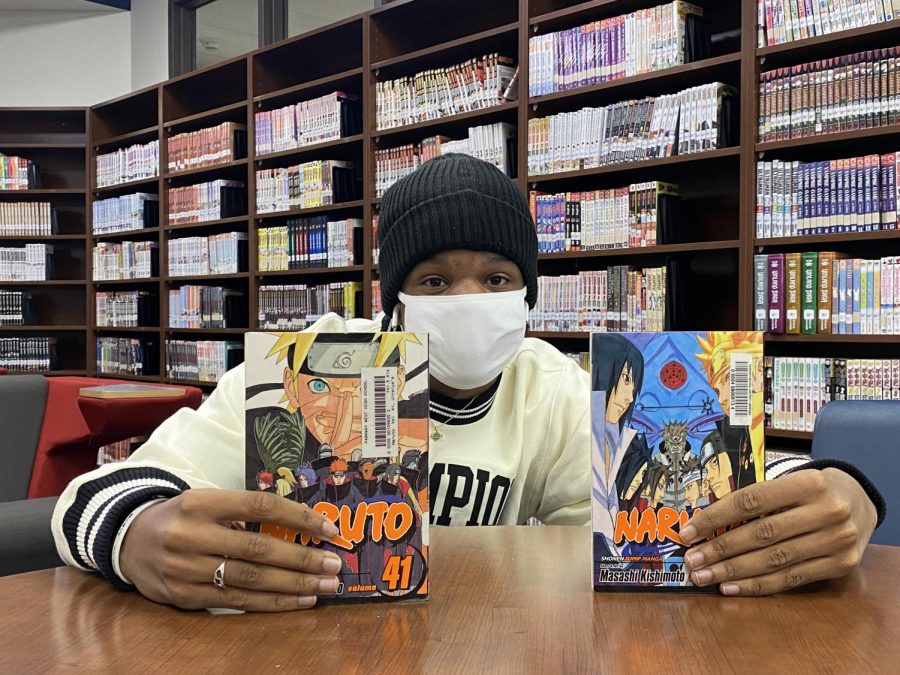 Junior Kylon Davis recommends “Naruto” to new anime watchers. Of all the anime Kylon has seen, he puts “Naruto” at the top of the list of his favorites. “The journey that you watch Naruto, Sasuke, and Sakura, all the kids grow from kids to teens to adults. It’s like it’s an amazing experience,” Davis said.

Probably the most famous anime of all time, “Naruto” is not the first anime I would recommend for someone to start with but is a great anime. The reason I don’t recommend it as the very first anime to watch is that “Naruto” can be a lot to take in when it comes to understanding how the world operates and the foreign terms they use.

The story takes place in a world where ninjas are common and seems to take place in 16th century Japan (but it’s not Japan). The story revolves around the protagonist Naruto with no family, who is one of the least talented fighters in his village. Everybody in the village tries to keep distance from Naruto because he “cursed” with a very powerful beast inside of him. Naruto would turn his sadness into a drive to become the most powerful ninja the world would ever see.

Naruto finds himself having to go under tense fights that almost lead to his death countless times as he progresses to be the strongest ninja in his village. Taking down great criminal organizations that threaten to destroy the world. You can watch Naruto grow and mature into a true hero who never stops against the odds and punishes any opponent for underestimating him in battle.

Almost half the episodes in “Naruto” are not canon which can be a backbreaker. According to the Anime Filler List, there’s a total of 720 episodes of “Naruto” and “Naruto: Shippuden” combined with 294 filler episodes. For this show, I think using an episode guide is very necessary because the other fillers will take up weeks. 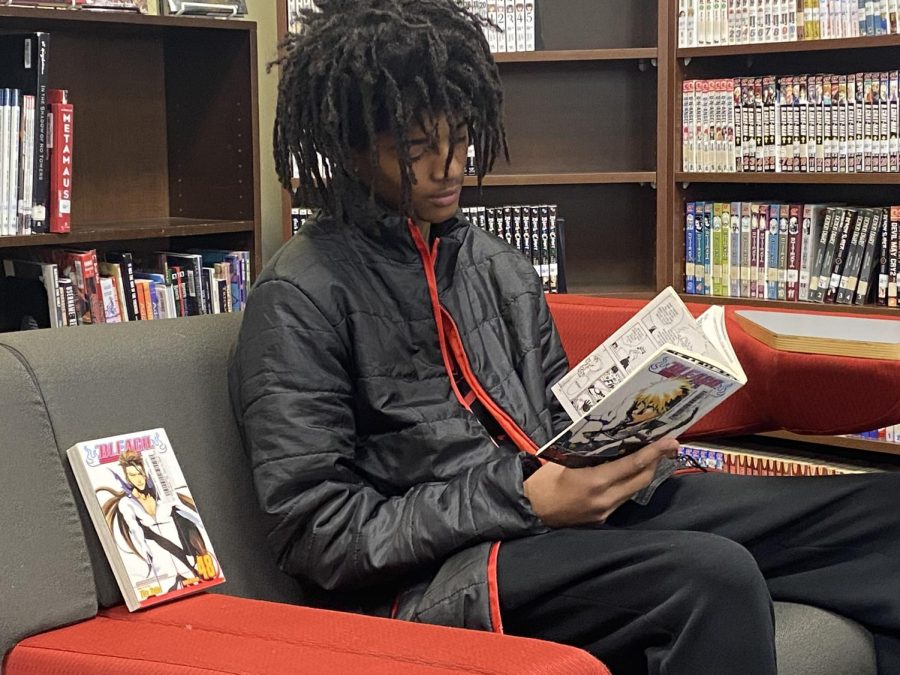 Junior Khalid Abdi, is currently reading the last arc of “Bleach”. He started “Bleach” a couple months ago, and he loved the amount of diversity and speed the manga/anime displayed. “[Bleach] has really good character development and the way the story put more focus on female characters unlike other anime. They have unique personalities and play a role in the story,” Abdi said.

“Bleach” is my favorite anime by far, it’s one of the most intriguing and simple anime plots I know. When I first watched “Bleach” I was hooked on the first episode. “Bleach” was produced in 2004-12, and for its time, I would say had some top-tier animation compared to all the other anime. The soundtracks also bring the scenes in the show more alive with the series featuring Spanish, Rock & Roll and some choir genres music The characters also have very unique and diverse designs, with many ethnic groups like German, Black, Hispanic and LGBTQ+ characters appearing in the show. “Bleach” also features fights that have a deeper meaning between characters than what it’s depicted to be.

The world in “Bleach” takes place in the modern world, so already the viewers have a general idea of how things work in the world. The protagonist Ichigo is a high schooler who was born with the ability to see ghosts, a power no other human possesses. One day Ichigo is attacked by a ghost monster called a Hollow and is saved by a Soul Reaper (the good guys). Ichigo is then given the powers of a Soul Reaper, and he uses his newfound powers to save humans from Hollows.

Ichigo is one of the few main characters in all of the anime who doesn’t desire anything from his power except to protect people. Unlike other protagonists who want to be the strongest or be a king.

At JUMP Festa 2021 “Bleach” had a teaser trailer for the last arc the “Thousand-Year Blood War Arc” that was never animated. It is set to premiere next year in October, and seeing the animation from the trailer, I already know it will be one of the greatest arcs in terms of action and animation in all of anime. I would recommend people watch the show right now and keep a lookout for updates for the new “Bleach” arc.

“Bleach” has a total of 366 episodes, and according to the Anime Filler List, 163 episodes are filler. I would recommend to people who hate filler to use an episode guide for “Bleach” to watch only canon episodes.

Part one: “One Piece” 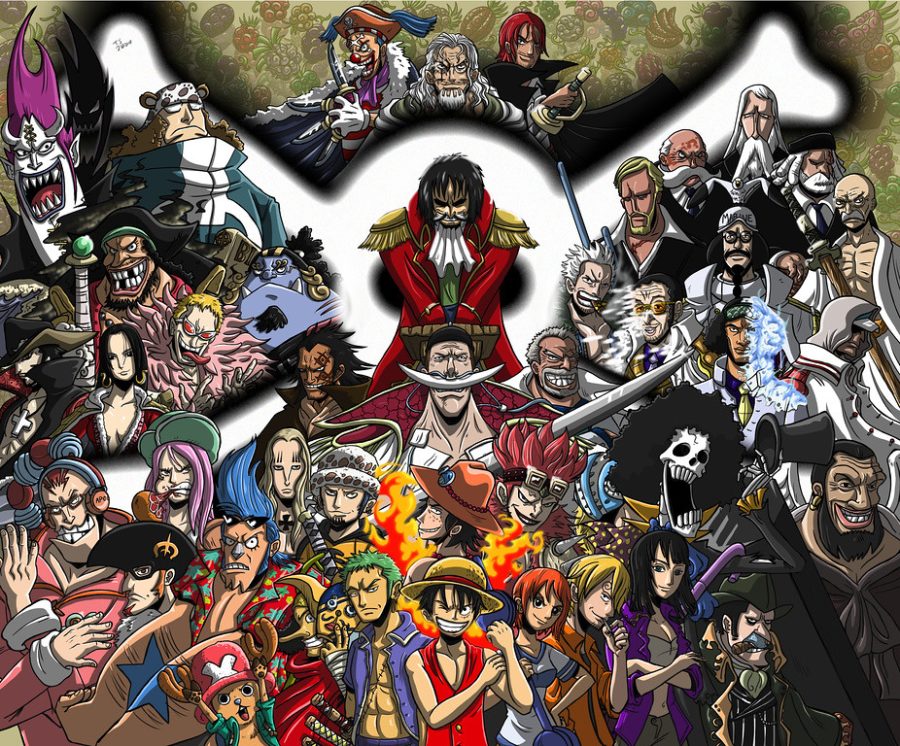 "TSoutherland One Piece Tribute" by ~Ahmed~ is licensed under CC BY-NC-ND 2.0

In the world of “One Piece”, a great treasure that a pirate king left behind told the whole world that all his treasure is in one place, naming it the one piece. A teenager named Luffy dreams to be king of the pirates, and by that, he sets out to find the great treasure (the One Piece). He assembles a small pirate crew of interesting characters with different skills and superpowers to go on adventures with. Through their journey of finding the One Piece, Luffy is constantly fighting the government and other pirates with huge bounties. I would recommend this show to people who like adventure and a little mystery.

“One Piece” is also a good choice because the story is very long. “One Piece” started in 1997 and the creator Eiichiro Oda planned the story to end around 2005. Oda and the “One Piece” fanbase loved the show so much that it’s still airing on CrunchyRoll and expected to end in 2024. So people can begin to binge-watch the show now and catch up before it is over.

I started watching “One Piece” in early October, and I think the story does what “Naruto” and “Bleach” couldn’t because of how “One Piece’s” plot is not too complex or too simple. I think the idea of the protagonist being seen as the bad guys is what makes the show, not your typical one. It’s also the funniest anime I’ve ever watched, with the looney faces and cartoon violence inside the show.

The show has a little over a thousand episodes with around a hundred episodes of filler according to the Anime Filler List. The reason there’s barely any filler is by how the show and comic move at the same pace.