The plight of the West County parent 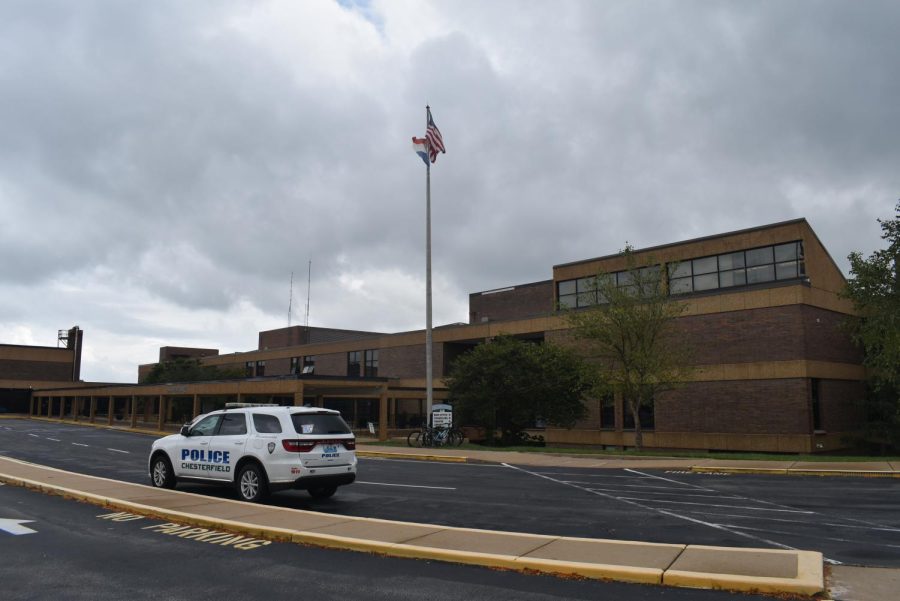 Critical race theory can be used to analyze situations in St. Louis, including at our own school.

Unfortunately, critical race theory still can be applied to many events within the education sphere in America’s current climate. Brittany Hogan, Rockwood School District’s former director of diversity and inclusion, was forced out of her job due to the same lies issued by the district’s concerned parents at the meetings in which they compared critical race theory to “child abuse.”

Hogan received hate message after hate message on social media and in emails, so much so that she was mentally and physically drained.

Parents were upset with Rockwood’s decision to remove an American flag featuring the Thin Blue Line from baseball uniforms, as well as the inclusion of books like Stamped, in Rockwood’s curriculum. Rockwood was all too quick to defend themselves, stating they are simply, “committed to providing an equitable, welcoming and safe learning environment for all students,” a feat entirely possible while also teaching critical race theory, which they do not. The situation snowballed when a memo was found instructing teachers not to reveal curriculum directly to parents and to avoid certain words like “privilege” and “activist,” which the author thought might particularly enrage parents.

Well, Rockwood parents, you certainly proved them wrong, didn’t you?

As per their typical behavior, concerned parents went into a frenzy, threatening Hogan’s job time and time again. Most worryingly, after the Rockwood superintendent announced that the baseball uniforms could not feature the Thin Blue Line flag, “security had to be put outside the homes of [Hogan] and Dr. Terry Harris, the two highest-ranking Black people in Rockwood, because of the things that were being said on social media.”

As in the aftermath of Board v. Brown, when critical race theory was used to examine the extermination of Black educators through many means, history repeated itself. Eventually, Hogan resigned.

The failures of the law to effectively tackle racism are as ever-prevalent today as they were 70+ years ago when Brown v. Board of Education was decided. This is what critical race theory teaches first and foremost, that the law is complicit in upholding racism, and education is a primary example. As Black people are continually targeted, blamed, harassed and forced to quit their jobs, parents’ fears over teaching critical race theory and all its heavily diluted forms only further illustrate its necessity.

Unfortunately, Rockwood isn’t the only West County district overrun by racist rhetoric. In Parkway, concerned parents have voiced their grievances over the seemingly rampant critical race theory lessons being taught in schools, even calling for the resignation of Superintendent Keith Marty with an online petition.

One commenter, Fred Carter stated that district educators are “training teachers… critical race theory, without actually calling it that,” and that an elementary school’s principal believes that “the white children and the teachers are all racist, white supremacists and white privileged.”

Another, Brad Neece, added that “Critical race theory & all of it’s variants are defacto TEACHING racism.”

Well, despite the grammar errors, that last one isn’t actually too far off. Critical race theory teaches what racism is, and how it’s enacted by the systems we live under. This shouldn’t be something to run from, or something to threaten people to resign over. Not to mention that Parkway has never taught critical race theory in the first place, even in any sort of disguised manner.

Still, despite this fact, parents and other outraged individuals have been harassing Parkway educators. They might be voicing their opinions on the matter, but they really only prove why critical race theory, or any form of education on racism, is important. The ignorance that fosters insecure people to take such actions against anyone remotely related to education about racism in general could be eradicated with such education. The irony lives on.

Even among students, racist acts remain rampant. Parkway high schools have struggled with racist incidents for years, most infamously with writings of slurs and racial messages around schools.

We can clearly see the effect of failing to properly educate students about racism: our children become ignorant, and eventually hateful. “Working to help students understand the views, values and cultures of others,” or encouraging parents to “take time to discuss with your children the topic of race and racism in our country and region,” as Marty suggested in a Sept. 23 email, is simply not enough when parents refuse to acknowledge that racism even exists. Schools must take an active stance in educating about race, and they must stop shying away so quickly from anything related to critical race theory over fears from parent retribution.