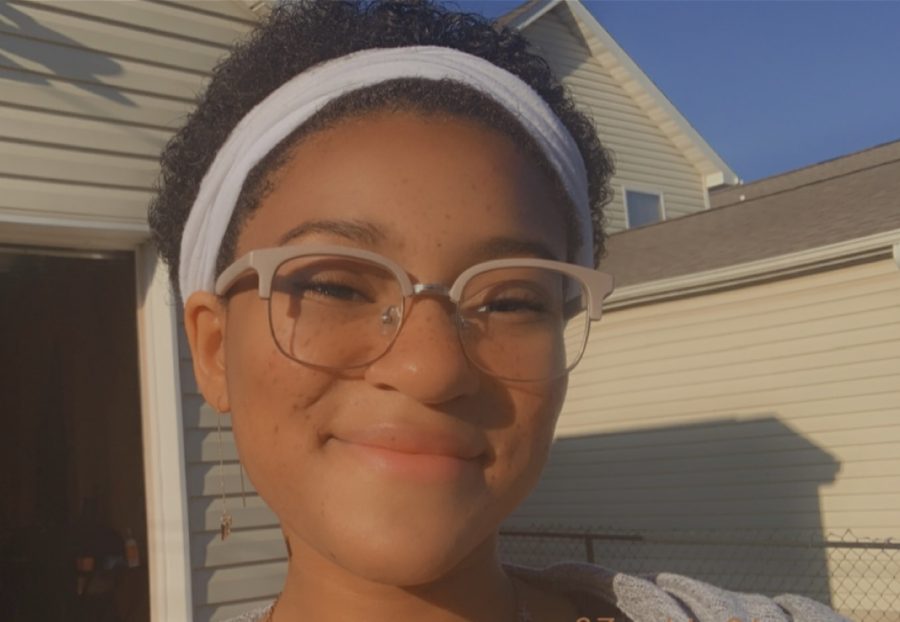 How would you describe your book in one word? ”Vivid. I believe my book allows the reader to visually see what is happening. I love details, I love being able to paint a picture with my writing and even while reading other books, it’s just the best thing a piece of writing can do for a reader. It makes it more enjoyable and even makes the reader hold a connection with whatever it is they are reading,” senior Bri Davis said.

After initial struggles coming up with story ideas, senior Bri Davis decided she was going to write a short story about maintaining your self-identity. “Fields of Time” follows the story of a little girl and her angel who struggle to navigate unknown territory without losing themselves. In the story, the little girl passes away with her angel guiding her to a painless and beautiful death.

“I remember writing [about] the death of the child so easily. The emotions and the ideas just came to me and I found it pretty easy. But writing the second part, [the] birth of an angel, was quite hard since I was trying to copy the first part, just from a different point of view. I had to make sure everything added up, the tenses were right, the development of the character was there since it wasn’t a child anymore but an adult angel, and so on,” Davis said.

Bri found that “Fields of Time” taught her that time is not promised and that it matters how you deal with the time that you have.

“You never know how much time you are going to have in life and you really should grasp every minute of it. The little girl was dying but she pushed through the pain, still played with her flowers and had fun like a child,” Davis said. “The angel lost their life so unexpectedly and they were trying to make sure the same thing didn’t happen to the little girl, hence the reason she was trying so hard to help her have more time. Time moves, no matter if you’re struggling, dying, anything. It waits for no one.”

Davis found the most challenging parts of writing her short story to be the beginning and the end. She struggled with hooking her readers in, as well as writing an ending that would leave an impact on her readers.

“[My favorite part to write was] when the little girl was going out to the field to find all of her flowers before she passed away. I like that moment so much because I am proud of myself for how I wrote the angel’s point of view,” Davis said. “It blended so well with [everything else] and for those who read the second part after reading the first, it’s like a shock because the entire time, it was the angel guiding her to each flower and making her pain go away. It was beautiful as I was writing it and it is beautiful every time I read it.”

Davis would recommend Creative Writing to other students who enjoy English courses stating that although the class was virtual, Barnes made it interesting.

“In Creative Writing I, one of my classmates asked Mr. Barnes if we could stay on Zoom and just chat for a minute. [They] said because of COVID, human interaction has been so scarce that Mr. Barnes’ class was one of the ways to interact [with others] since it was always fun to be in. I agreed because we always laughed at Mr. Barnes’ jokes and talked about our weekends. It was always a great time,” Davis said. “Mr. Barnes said yes and I was one of the people who stayed along with about six other people and it was a blast. We ended up making a group chat to stay in contact outside of class and just enjoyed each other’s presence, even if it was through a screen.”