Trejo-Vasquez stuck in the cold 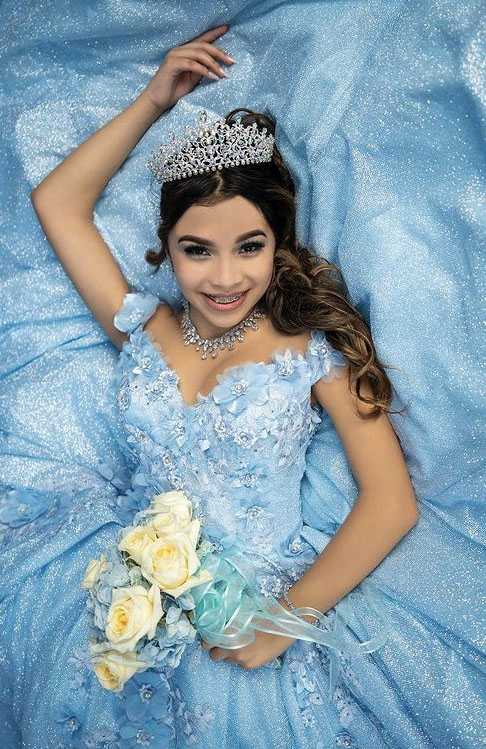 Posing again for the cameraman, freshman May Trejo-Vasquez lays on her dress and flashes a smile. Although the jewelry was just a costume for the photo shoot, that didn’t keep Trejo-Vasquez from feeling like it was finally getting real. “When I did that first photo shoot, that’s really when it started to get real for me because I put on all the makeup and the dress, we’ve taken the pictures so we can’t go back now,” Trejo-Vasquez said.

The cold spell in Texas threw yet another wrench in the plans for the Trejo-Vasquez family. Trejo-Vasquez flew down to San Antonio by herself to stay at her grandma’s house for Valentine’s Day weekend, with hopes of beating the weather and getting some dance practices in, but her plans to come back to St. Louis that Sunday did not follow through.

“Living in Texas my whole life, it has only snowed once a few years ago but it wasn’t a lot. I was just expecting a little bit of snow and I thought Texas was just overreacting, as they do, about everything. The day after [dance] practice, most of San Antonio’s power was out,” Trejo-Vasquez said.

With all flights grounded, Trejo-Vasquez and her grandmother had to live with their aunt while their power was out.

“I flew down to Texas by myself knowing that the weather was going to be unusual,” Trejo-Vasquez said. “I was pretty upset because the power was inconsistent and Texas was just so unprepared. My family in St. Louis was really anxious and they were constantly checking up on me, while my family in San Antonio were all just feeling as upset as everyone else in the city.”

As the power came back on and the cold snap ended, Trejo-Vasquez chose to remain in San Antonio until her quince. She attended her classes via Zoom.

It feels so draining and stressful but I know it’ll be worth it in the end. I just know [the quince is] going to create so many good memories I can hold on to.”

“This whole situation didn’t change any plans for my quince, except we had to reschedule the food tasting, because they were using their food trucks to deliver food to families who needed it,” Trejo-Vasquez said.

With the cold spell behind them and mask mandates lifted, the Trejo-Vasquez family was full steam ahead for a day that would mean so much.

“It feels so draining and stressful but I know it’ll be worth it in the end. I just know [the quince is] going to create so many good memories I can hold on to,” Trejo-Vasquez said.

2 Responses to “‘Chilling’ in Texas”