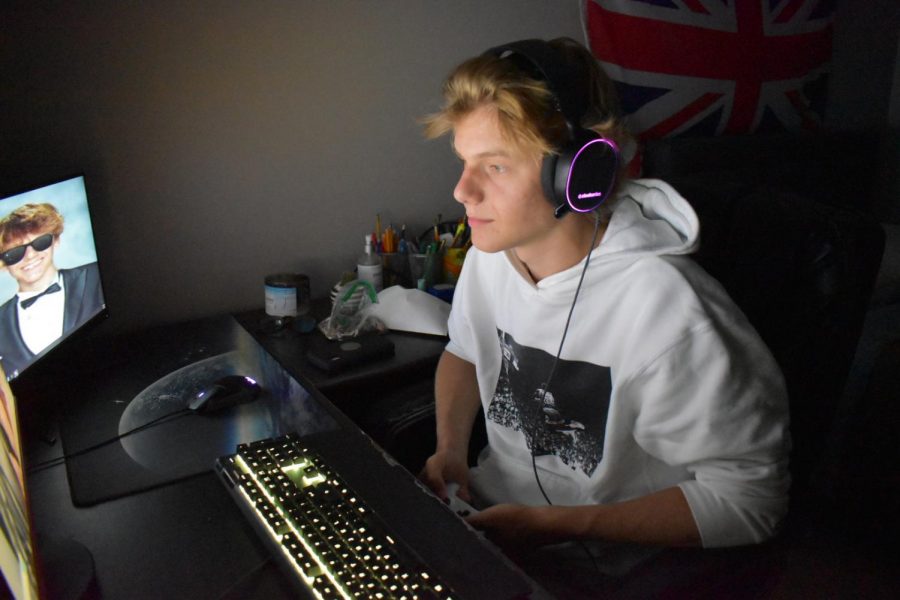 Turning on his PC and putting on his headphones, sophomore Nick Malchanav prepares to play Fortnite. Malchanav received a spot in the top 5 during a 128-person tournament hosted by rematch.gg. “I love to get kills, and I always challenge myself and how many kills I can get in a match. I don’t really go for the win. It was basically what I played the game for,” Malchanav said.

Competitive gaming is big business: the global gaming market reached a value of 167.9 billion in 2020 and is expected to exceed that amount in 2021. During quarantine, sophomore Nick Malchanav joined the competitive gaming community and began earning money for playing video games.

Malchanav had been gaming for years when he realized that money could be made while gaming in the comforts of his own home.

“I saw all these Twitch streamers being made doing these box fights which were for money and I saw that they’re making $400 a day. I’m like ‘hey, if I become really good at something like this, I can also play random people and win money off of it,’” Malchanav said

Having played Fortnite since its release in 2017, Malchanav became interested in earning from the game through Box Fights, where a player aims to kill the other player for money in a four by two closed-in area.

“In a box fight, you have literally no choice but to fight the other person. My playstyle was super aggressive, and you have to use tactics and make your own tactics to not exploit, but [to]  find ways to get an advantage on a certain opponent. I would say it’s really, really strategic and you have to find a different play style to counter other play styles,” Malchanav said.

Even with his confidence and capability to excel in his matches, Malchanav still grew nervous when there was money on the line.

“It’s really stressful because you get nervous because you might lose money. [The feeling’s] there; you can have a lot of self-confidence, but even the best of the best could get nervous in that situation,” Malchanav said. “I didn’t think it was more of a job, I just thought of it as getting better as box fights improved, me playing the six solos and all that, and just playing with my friends. I got better at playing the game and I found them fun. I still have fun while doing box fights.”

Averaging a profit of $1,300 a month, Malchanav even went on to play DukezFN, a popular streamer.

“He was considered one of the best box fighters because he’d beat a player for five grand. I played with one of the best players, then I just adapted to playing [him], because [of] his playstyle, and I just learned off what he played like and the way he countered other play styles. I basically watched, whenever I played with him, I watched my mistakes and just learned from him,” Malchanav said.

After quarantine came to an end Malchanav concluded his time with competitive gaming.

“There’s a lot of competition [in the game]. I was good at it because of quarantine and I had a lot of time on my hands. You have to invest a lot of hours into it if you want to become the best of the best at something,” Malchanav said. “ It takes a lot of dedication and consistency, it’s just like buying and selling shoes to earn income you have to get online and play.”