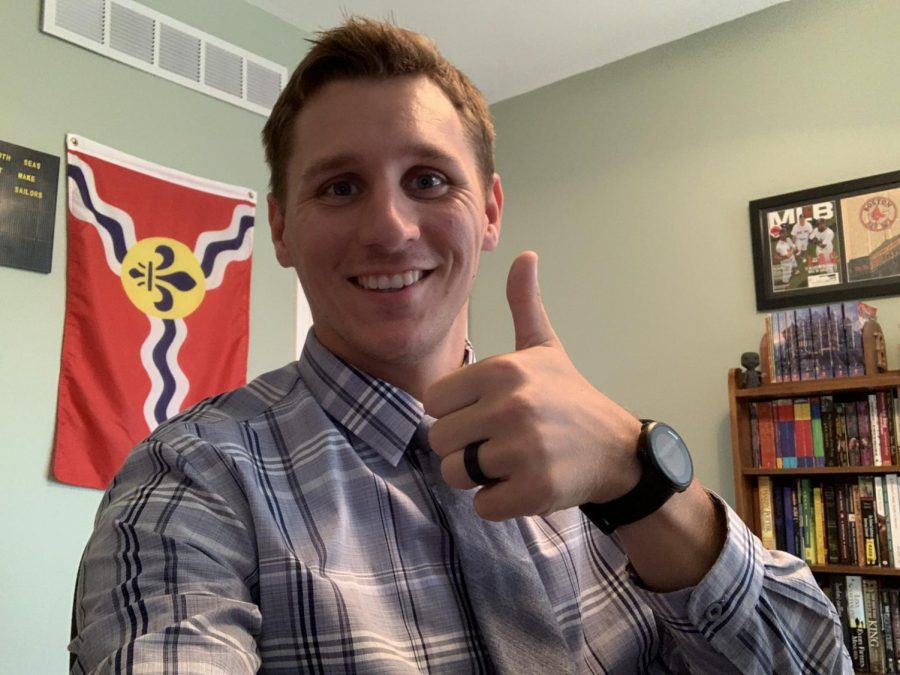 English teacher Kaleb Schumer switched his teaching career from middle to high school as well. Changing schools in the midst of a global pandemic has been an unconventional transition.

“It’s been weird doing it all virtual, so it’s hard to feel a part of [the school] in that way, but the kids have been really awesome,” Schumer said.

Teachers were in-person for eight days, with four days per student group. Schumer appreciates the time that he got to meet students. Feeling like he knows his students better, Schumer returns to virtual learning with a positive mindset.

“Obviously things were much different than they would be under normal circumstances, but I really enjoyed getting to see them in a context other than being a tiny box on my screen,” Schumer said.

Missing the student interaction that he got from the two weeks of in-person learning, Schumer tries his best to make class as engaging and relevant as possible.

“My favorite part of teaching [is] being with the students, and having students in the classroom being able to help them out,” Schumer said. “Just being able to know that I’m making an impact or being able to support them, is really the best part.”

“2020 is a crazy enough year, and showing compassion and support are more important than ever,” Schumer said.

Outside of the classroom, Schumer and his wife developed many interests during quarantine.

“For the most part it just involves a lot of us walking the dog. We’ve watched a lot of TV, [like] ‘Survivor,’ We’ve gone through way too many seasons of that,” Schumer said. “We’re also just [working] on projects in our new house.”

“I like the NFL specifically. I liked fantasy football, participating in that’s always fun, and I just like carving out Sundays and kind of relaxing and being able to just chill out and watch football,” Schumer said.