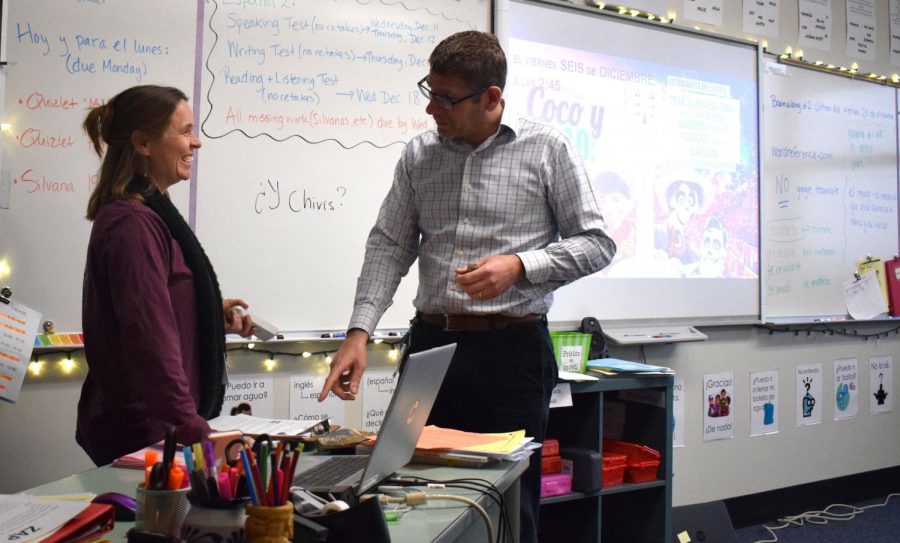 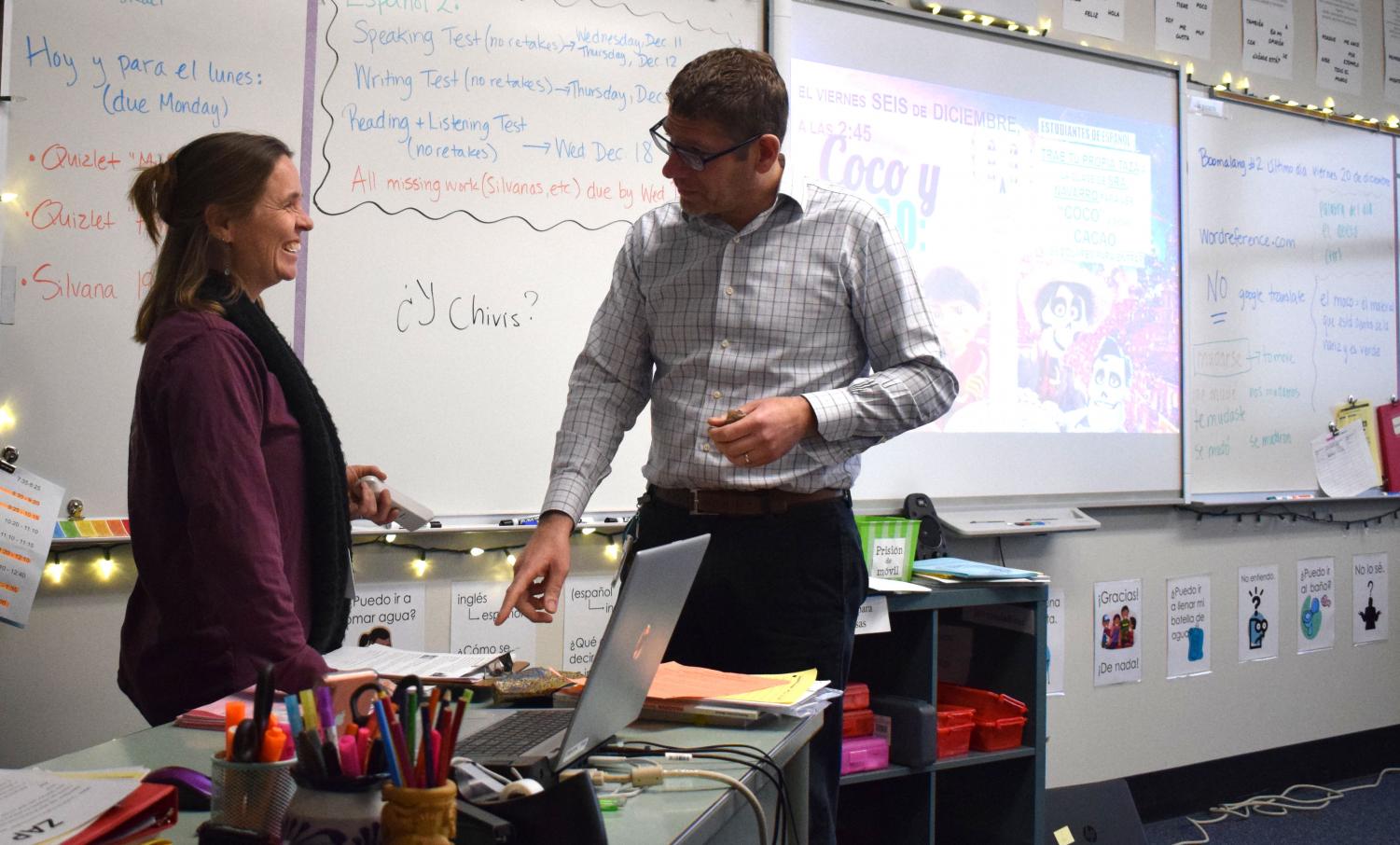 It all started with a lunch date in Madrid, talking about archaeology and boasting about raising chickens.

Traveling and learning different languages and cultures brought Spanish teachers Francisco and Dominique Navarro’s journeys together. As a child, learning Spanish did not start out as an interest for D. Navarro as it did for her husband F. Navarro. Her family moved to Puerto Rico when she was 10 as her father accepted a new teaching job at a university. From that point on she attended a school where Spanish was the only language spoken.

“I had to learn Spanish and it turned into my first language. [Learning Spanish] was survival mode,” D. Navarro said. “After a year or two, it was my preferred language and it’s prettier than any of the other ones that I speak.”

F. Navarro happened to study at the same university as his future wife, where they later met.

“I always liked teaching in general and Spanish is part of my background, so it’s exciting to combine the two,” F. Navarro said.

It was the summer of 1999 when their two paths crossed through a master’s program at SLU Madrid, majoring in Spain.

“He told me [that] he had studied archaeology and Spanish and that he raised chickens,” D. Navarro said. “The archaeologist part was very attractive. Of course, that never went anywhere.”

After three years of getting to know each other, they got married in Puerto Rico and proceeded to pursue their future careers as Spanish teachers. F. Navarro began teaching at Parkway West twenty years ago while D. Navarro transferred to the same school this year.

“[This summer] a [teaching] position opened up in [Parkway West] that was full time. It was almost like a no brainer: it was 10 minutes away from my house and my husband works here,” D. Navarro said.

D. Navarro has found the transition to be better for her professionally and personally.

“We see each other more often and it’s much more convenient to do daily things, like ‘who’s going to get dinner? Who’s going to get to the store?’” F. Navarro said. “It’s easier to check in person rather than in media.”

Along with work, F. and D. Navarro also balance their schedules after teaching to make time for their family of four. Three of their kids were adopted from Latin American countries and all learn Spanish and German at home.

“It hasn’t been hard to separate,” D. Navarro said. “We do the normal thing that we used to do in the past, we get home, deal with [our] kids and [make and plan dinners together].”

Although the Navarros do not drive to work together, they do find themselves talking shop at home.

“We can talk about the same topics and [what or] how we taught it and give each other feedback,” D. Navarro said. “It’s nice to be able to go home and talk or complain about something and the other person knows what you’re talking about. You don’t have to explain the whole background.”

Navarro continues to settle in teaching at one school with her spouse, despite not having an official mentor.

“Every time a new person comes into a department I think it’s beneficial to hear somebody else’s perspective so I think that I bring that to [F. Navarro’s] atmosphere,” D. Navarro said. “He’s had students before and has an idea about them but I change that idea [sometimes] and [we] open up each other’s windows.”

From traveling and learning different cultures outside of America has led both Navarros to pursue their careers by spreading Spanish to their students together in the same department.