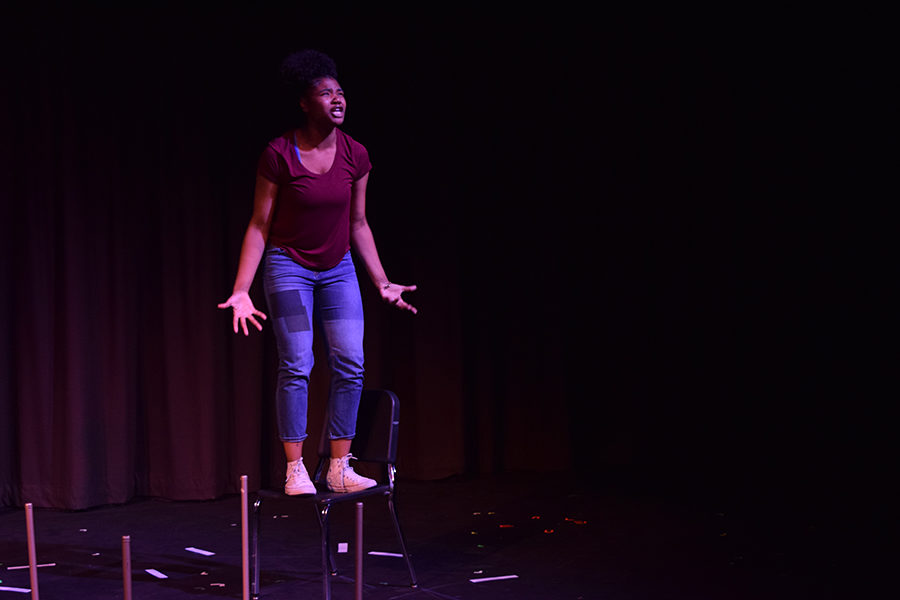 Gesturing to the audience with open arms, junior Aaliyah Weston plays the character Two in one act play "The Dreaming" April 17. The one acts were directed by seniors in Amie Gossett's Directing class and took place in the theater April 17 to April 18. “Theater is important to me because it’s a chance to break out of everything I do on a day to day basis, and it generally just makes me happier,” Weston said.