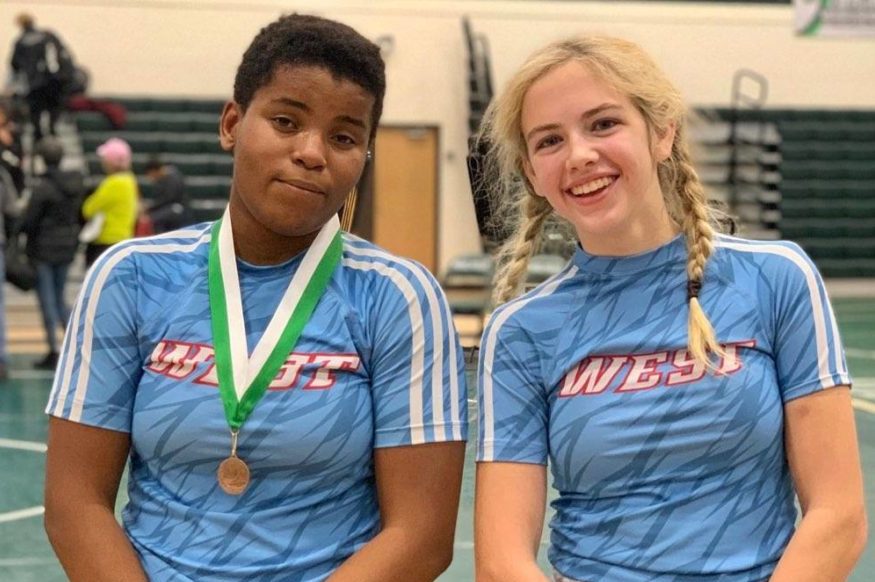 This wrestling season, #WrestleLikeAGirl has trended across Missouri. Girls have turned out in record numbers for the sport, more than doubling the number that the Missouri State High School Activities Association predicted would join. Now, their season is coming to a finish, with district tournaments this weekend, creating a road to the state tournament Feb. 14-16. Training alongside the boys from November through February, here are the stories of West’s first two female wrestlers in school history. 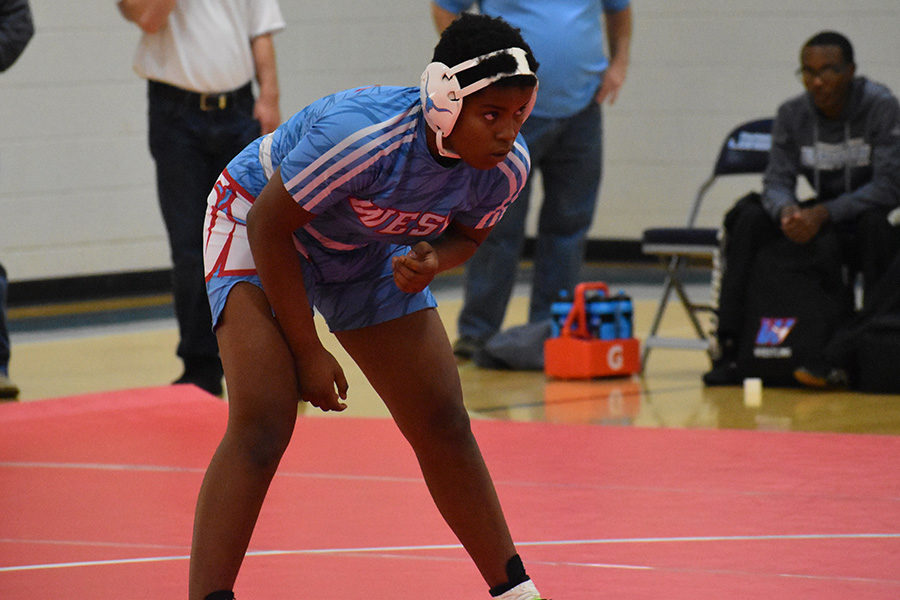 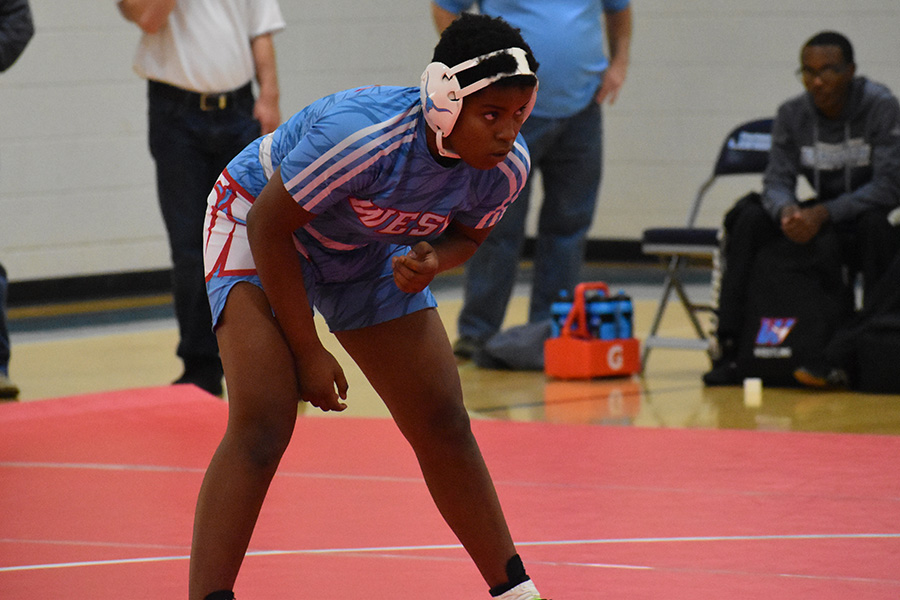 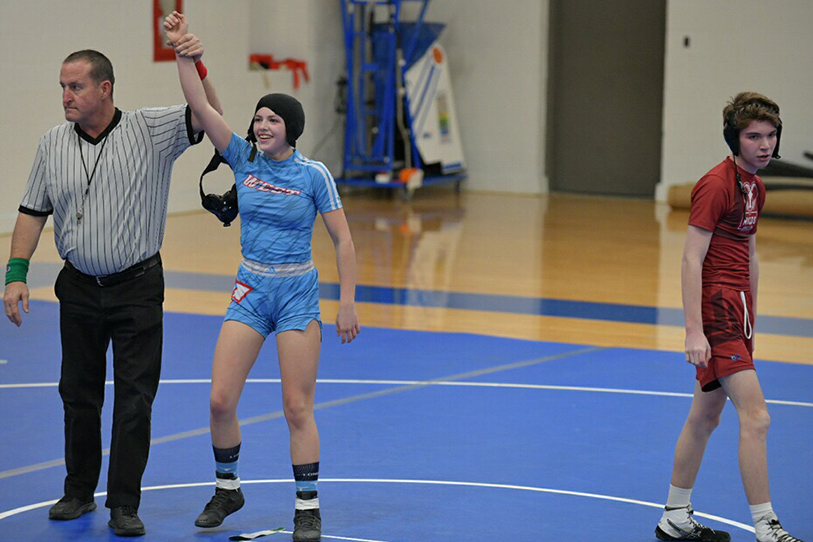 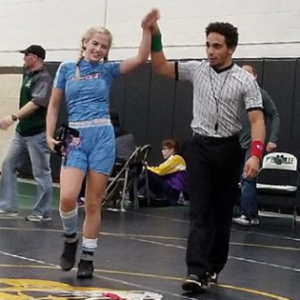 Courtesy of @pwestwrestling Instagram
Wehrmeister has her hand raised after a win at the Mehlville Women’s Tournament Dec. 21.