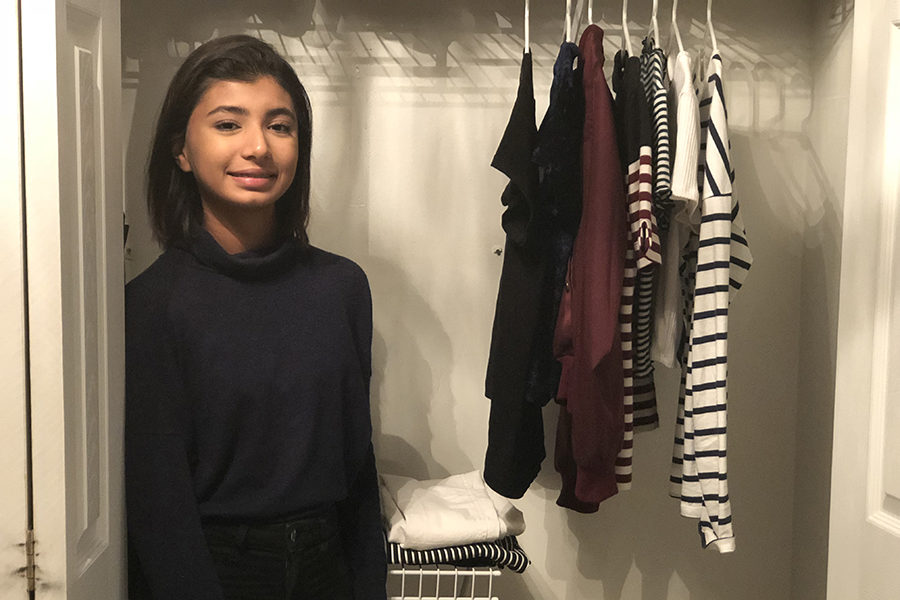 Sophomore Ayesha Malik poses in front of her wardrobe, containing only 10 items. Malik adopted the fashion minimalist lifestyle 1 year ago. "I was frustrated with the amount of clothes I had," Malik said. "I would always think to myself that I had no clothes, so naturally, I would go shopping for more clothes. This became a toxic cycle."

Looking in her closet, sophomore Ayesha Malik gets ready to pick out an outfit from her three pants and seven shirts. Malik is a minimalist.

“To me, minimalism is a philosophy, or a way of life,” Malik said. “It helps [me] eliminate things or distractions from [my] life and helps [me] focus on the things that actually matter.”

Malik calls herself a minimalist when it comes to fashion, but for things like school supplies and makeup, she owns more than just the basic needs, calling herself a “cozy minimalist.”

“It’s crazy because I used to spend 30 minutes every morning trying to figure out what to wear, but now I just throw two pieces of clothing together and they work well,” Malik said. “I always get compliments on my outfits, which is interesting because many people think they need to own a lot of clothes to be ‘fashionable,’ but I just own things that I love, and nothing else.”

Malik realized one year ago that she wanted to be a minimalist.

“I was frustrated with the amount of clothes I had, which was about 100 articles of clothing,” Malik said. “I would always think to myself that I had no clothes, so naturally, I would go shopping for more clothes. This became a toxic cycle.” 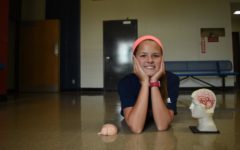 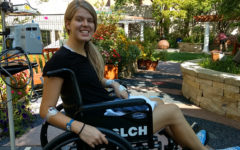 Malik was inspired by a Ted Talk she heard, where New York Times bestselling author and contributing writer for Huffington Post Style, Jennifer L. Scott described the concept of the 10 item wardrobe. Scott had 10 core articles of clothing, but this isn’t all the clothes she owned. This count didn’t include work out clothes or uniforms. The 10 item wardrobe was anything that she would wear on a day to day basis.

“I started to purge my entire closet. Obviously, it was hard at first because I had always had more items of clothing than I could ever imagine,” Malik said. “I started off with a 30 item wardrobe, then 20, and now I’m at 10.”

Malik believes the philosophy is based off the idea of quality over quantity, wanting clothes that are good quality and do not wear out fast, over having a ton of clothes.

“I’ve personally encountered a lot of people who think that minimalism just means to be stingy with spending, but that’s actually not the case at all,” Malik said.

Before Malik became a fashion minimalist, she would find herself wearing the same couple of outfits on repeat.

“I now feel more available to put my time and energy towards other things that really matter to me,” Malik said. “It’s also much easier for me to find things because I have less clutter to look through.”