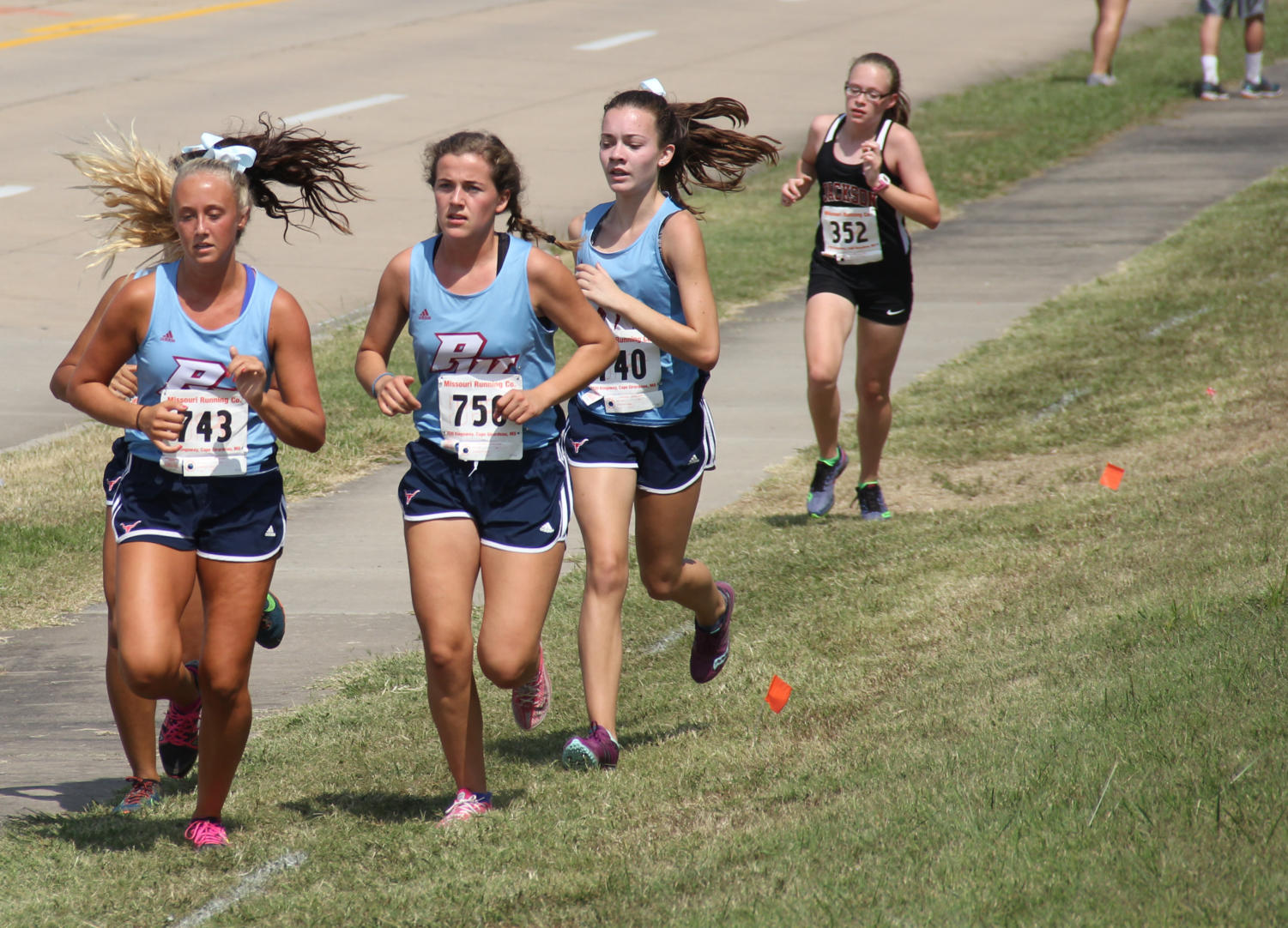 Junior Sophie Pellegrino beat anorexia and recovered after a long period of struggling. Now, she uses her story to help others who are suffering. Her disorder started in eighth grade. She would wake up, look in the mirror and weigh herself. After that, she would go into the kitchen, eat around five grapes and weigh herself again.

“Then I would write down what I ate and go to school. Throughout the day I’d get really really hungry, to where I would start feeling dizzy and sick, I knew it was because I hadn’t eaten. I’d look at the clock and literally count down until I could eat again. At lunch, I’d slowly pick at a vegetable or something really small, and then I would go home and weigh myself again. I would eat some broccoli or turkey and then I would weigh myself again, then I’d go to the gym, and make sure to run for at least an hour every day. When I got home from the gym I’d weigh myself again, then do homework and get ready for bed,” Sophie said.

Sophie’s case was called exercise-induced anorexia. She started by working out every day, which quickly became two or three times a day. From there, Sophie began doing her homework on the treadmill for hours.

“When it first started I just wanted to get in better shape, but then I noticed I was losing weight and I was like ‘oh this is fun, I’ll keep losing weight,'” Sophie said. “My goal weight was to lose a pound every day, and I was so determined to get under 100 pounds. Once I started to get closer to that mark, my goal was to get to 90 pounds.”

The doctors told me I was killing myself and that was very hard to hear.”

After three months, Sophie reached 95 pounds and her heart rate plummeted to 35 beats per minute. She was rushed to the hospital where she passed out and had to get many tests done. With heart arrhythmia and bad blood pressure, they wanted to keep her in the hospital overnight and possibly a week.

“Daily, it was so hard to wake up because I started falling into depression, and nothing could make me happy anymore. All I could think about was food and my weight. It was draining, and I cried every day multiple times a day. When I got diagnosed and had to start recovering, that was hard emotionally because every day was an uphill battle,” Sophie said.

In recovery, Sophie and her nutritionist worked on adding food to daily meals until she reached her recovery weight. Since she wasn’t allowed to exercise and she was eating more than usual, the process was very difficult.

“At first I felt really hopeless. The doctors told me I was killing myself and that was very hard to hear. I ate a lot, but it took a while for my body to put on weight which was frustrating. I felt sick a lot, but there was hope,” Sophie said. “My nutritionist was a really huge part of my recovery since she was a strong Christian. Throughout my journey, she told me how my body is Christ’s creation and I should take care of it. As the process grew, my doctors said they were shocked with how fast my recovery was and that it was one of the fastest they’d ever seen. I grew happy again and knew that just because I had anorexia didn’t mean I identified as an anorexic. Although it did consume my life at the time, I knew that I would get over it, and I didn’t have to let it control me.”

Outside of meeting with her nutritionist, there were people that noticed her struggling and encouraged her to get better.

“My cheer coach [Pamela] Watson came up to me and said ‘you’re getting really skinny Sophie are you eating?’ it was before I really knew that I had anorexia, so I thought that I was just getting in better shape,” Sophie said. “I was surprised so I said ‘yes I’m eating’ but when I took a step back I realized I wasn’t eating enough. Also, my mom’s friends noticed and made comments to my mom too. My sister, along the way, kept saying ‘Sophie this isn’t okay you have anorexia.’”

After suffering from the same condition her junior and senior year of high school, Watson knew she needed to talk to Sophie.

“I had compassion for her and wanted to talk to her and tell her my story so it might help her, since it is a really hard thing,” Watson said. “I think people have said positive things to her, and I think they saw her going down and come back up and they became more aware of their own selves, and if they were healthy eating or not eating enough. I think others are inspired to see how she got past it and move on to live a healthy and happy life,” Watson said.

Being friends with Sophie, senior Betsy Wait said it was difficult to see Sophie hurting and noticed a shift in her behavior.

“Sophie is just sunshine. She’s always super happy and wanting to encourage other people. I could tell something was going on with her because she stopped smiling all the time. It sounds like a surface level thing to notice, but for Sophie, spreading positivity was just something that was such an integral part of her, so when she wasn’t smiling all the time, you could tell something wasn’t right,” Wait said.

Through cross country practices and Bible studies, Wait tried to help Sophie get through her difficult times.

“I just tried to encourage and affirm her that she is beautiful and she can take care of the body that God has given her; that she should treasure herself because God treasures her. I also told her that people were rooting for her and wanted the best for her,” Wait said.

Sophie’s friends and family continue to be proud of her for sharing her story and knowing when to ask for help.

“Sophie has become very resilient and come back in so many ways. She has grown in confidence of who she is and you can tell that she really loves herself more, and she believes that she is a beloved child of God. I’ve seen her confidence grow in all areas, whether it’s running or cheerleading, academics or friends, and most importantly faith. She’s just a lot more grounded than she used to be, and that sparkle, that smile in her eyes, has come back,” Wait said.

Helping younger girls through difficult situations of their own, Wait noticed Sophie’s leadership.

“Sophie has been a really great leader in cross country. She’s a junior now and has stepped up with mentoring the younger girls in our group, and has also done the same thing in cheer. She’s always seeking to encourage others and ask them how their day was, and give them a hug,” Wait said.

Sophie’s self-esteem has improved, and she has learned that she shouldn’t want to change herself, because she was made to be unique.

“What others think of me doesn’t matter. My happiness and health is far more important than other people’s approval of me or my body. Living is more important than being skinny or looking pretty because I can’t live life to the fullest, be happy or be myself if I’m constantly trying to change who I am,” Sophie said. “We are all made to be unique and we shouldn’t try to change ourselves into people that we aren’t.”