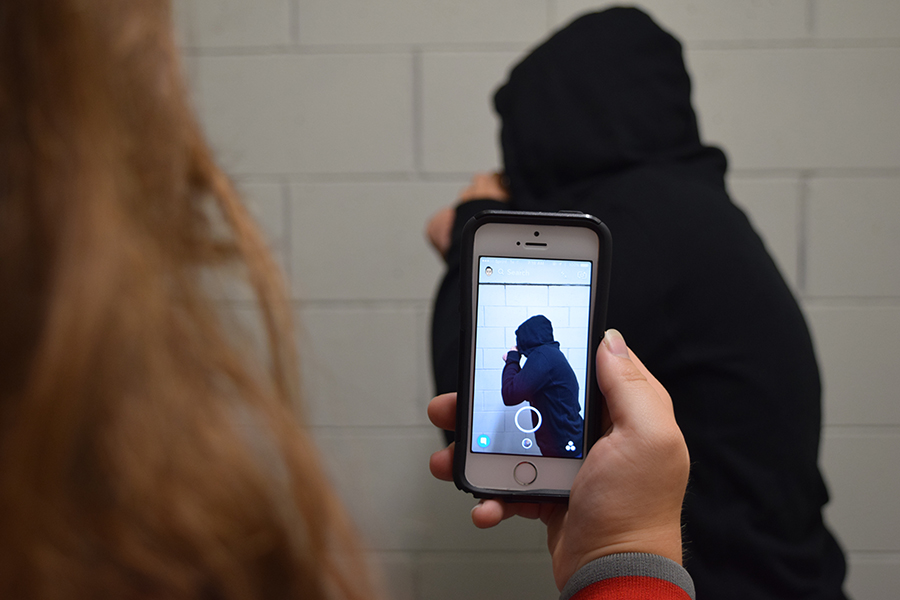 Parkway School District has created technology policies intended to enable students to use technology in order to benefit their education. Recently, however, an anonymous student created a localized Snapchat story where students post obscene and illegal content on school grounds. The Pathfinder Editorial Board unanimously (9/9) agreed that it was in the best interest of students to bring this to administrators' attention so that technology policies could be readdressed.

Despite the app being banned on school wifi, students are among the 150 million worldwide Snapchat users that utilize the platform to send ‘disappearing’ photos and videos. The latest craze? A school-wide Snapchat story on which students are publicly posting material ranging from drug sales to vaping in their cars on campus—unbeknownst to administrators and teachers.

Originally created by an individual student, the Snapchat story entitled “pwest 17-18” is open for posting by any Snapchat user as long as they are in the immediate vicinity of the building. Thus, the majority of students on campus have access to the Snapchat story, whether that means posting on it or simply viewing other students’ antics.

Social media’s fluidity has caused this unprecedented situation, and therefore there is no Parkway policy in place directly related to it. In the past, if students wanted to create something that everyone could post on and view, there were limited options. None of them spread nearly as rapidly as this story did–which was so long by the end of the first week of school it took nearly five minutes to click through.

Last year, there was the “Missouri Meme Trade” (MMT), a group chat on the app GroupMe, that had almost 2,500 members across Missouri only three weeks after its creation. Even “MMT,” however, had it’s flaws; members had to be intentionally added, and it was not West-specific since a student from Parkway South started the chat. Even West student-run accounts, like the “pwesthot_chicks” twitter was only run by a few students who control content.

It is no surprise, then, that a Snapchat story run by all students for all students is getting out of hand. Technology rules are difficult to navigate when the material is ingrained forever on the internet; throwing in non-monitored student-run social media seems like a policy nightmare too big to handle. Sure, there are the occasional snaps promoting the German club, or peers seeking assistance on their homework, but the majority of videos consist of of students vaping, engaging in explicit conversations and advertising drugs. While the localized story itself is not technically against school rules, material that students post on it could be personally incriminating. Hence, the gray line where social media meets the law comes into play with Parkway’s policies.

Take vaping for instance. There are explicit rules against vaping on school grounds; Parkway is against it, and they do not want underage students sacrificing their health and violating the law on campus. And yet, there is no clear-cut method to incriminate students for engaging in illegal behavior on a Snapchat story named after Parkway because there are no rules against it. Some students might get warnings, and Parkway may write a new rule against this type of activity, but at that point it is too late—the content is out there.

The West Snapchat story serves to show the extent to which Parkway is falling behind. Although the district is responsible to maintain order and promote a healthy learning environment, students are responsible to hold themselves to society’s ethical standards and embracing the consequences of their actions, wise or unwise. What you put on the internet is there forever, even if it “disappears” in 10 seconds. In this ever-changing social media landscape, Parkway needs to take a long, hard look at how they can help students make the right decisions when faced with the power social media puts into their hands.