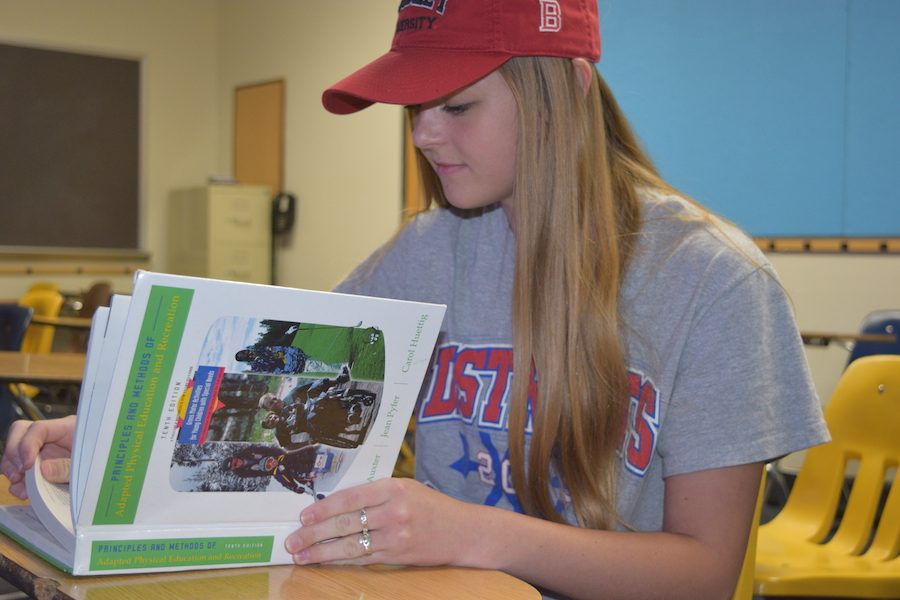 The new curriculum will introduce a new variety of topics including LGBTQ identities.

It has been over a month since the new sex ed curriculum was passed by Parkway’s Board of Education, including the addition of topics such as birth control, gender expression and condoms. According to a Pathfinder survey, 53.3 percent of students support the changes. 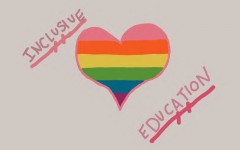 “It’s important to learn about different people and the LGBTQ community because it is a real thing. Everyone should be as educated as they can about it,” sophomore Jessica Schlueter said. “The world is changing and so I think what we are being taught should be changing with it too.”

However, 13.3 percent of students still oppose the curriculum. Twenty percent of those surveyed had issues with LGBTQ identities being taught during classes; one of them is senior Sam Wait, the only student who spoke in opposition of the curriculum during the citizen statements portion of the board meeting.

“Really, my biggest problem is kids will think they are transgender when they really are not. There’s a large quantity of kids that question their gender roles in society—that’s just because they are growing up and are receiving so many mixed messages from the media and the people around them,” Wait said.

Wait believes that labeling oneself on the gender spectrum makes you stuck in that identity.

“Confusion is a natural part of growing up, but it’s harmful to force yourself into a certain gender identity before you are even fully physiologically, mentally and emotionally developed,” Wait said. “Labeling yourself on the gender spectrum, though appearing to promote flexibility, does exactly what it strives against—defining yourself permanently. Once you come out as gay, people may look at you strangely if you one day decided you aren’t anymore.”

Protect Parkway Students, a parent organization working against the sex education changes, are dissatisfied with the revised curriculum.

“Parkway is using organizations for material and lesson plans that advocate for specific social agendas. Many of these groups promote permissiveness and normalize all sexual lifestyles/behaviors,” Protect Parkway Students wrote.

Opposition to the new curriculum point out Parkway’s connections with Planned Parenthood.

“It is against Missouri law for you to [support] the curriculum that Planned Parenthood calls Comprehensive Sex Education. [Supporting this curriculum violates the] Revised Statutes of Missouri section 170.015.7, which prohibits abortion industry members, or those making abortion referrals from having any involvement in sex education curriculum,”  Parkway taxpayer Fred Denny said at the board meeting.

Four organizations known to support abortions have expressed approval for the new curriculum, including Planned Parenthood, the Teen Pregnancy Prevention Partnership, Sexuality Information and Education Council of the U.S. (SIECUS) and Advocates for Youth.

However, Parkway expressed at the board meeting that nobody has supported the new curriculum since the law implies that “supporting” a curriculum means monetarily.

“We have been positively influenced by many different perspectives, but we have also filtered all  decisions and content and learning activities through the Parkway Mission statement. There is not one group that can say we have entertained or adopted all of their proposals or suggestions,” Lisa Merideth, Assistant Superintendent of Teaching, Learning, and Accountability, said at the Parkway board meeting.

Merideth is in support of the changes to the curriculum.

“We remain focused on making a curriculum that addresses today’s threats to our students by bringing factual awareness of the sexual health risk factors and building the protected health necessary for our students to be responsible decision-makers,” Merideth said. “We are not here to promote any agenda, but rather promoting the long-lasting health of our students.”

We are not here to promote any agenda, but rather promoting the long-lasting health of our students.”

Despite opposition, the curriculum passed the Board of Education and will be implemented next year. No lawsuits have been filed against Parkway thus far but silent opposition remains.

“Sometimes it feels like if your opinion isn’t popular, people will try to silence you. I was the only the student at the board meeting who spoke in opposition though I know numerous students who have the same stance as me,” Wait said. “The culture is changing, but for better or for worse remains to be seen.”