Kim Tarpey’s chemistry class made smores for a lab on Dec. 1. [Katie Bowen, 12]

Captain’s Council walked around the school collecting for Ronald McDonald House, selling wristbands for any donation and tickets for the teacher No Shave November contest. [Alyssa Flemming, 11] 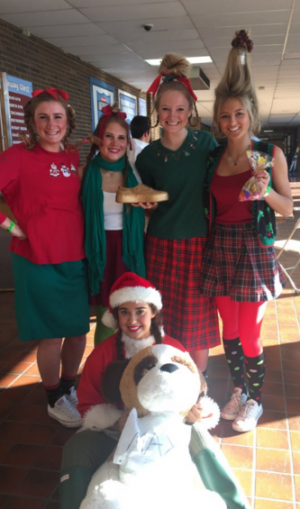 Held in the high school cafeteria on Thursday, Dec. 3, the girls lacrosse team put on their annual Jingle Bell Ball, a daddy-daughter dance for girls from kindergarten to fifth grade.[Ashley Avery, 11]

Disney made a dating website called Mouse Mingle for Disney fans who want some “magic in their relationship.”[Miqueyla Lopez, 9]

Varsity Poms had their first competition of the year on Saturday at Lindbergh High School, earning first in their mixed dance and third in hip hop. [Claire Dreller, 12]