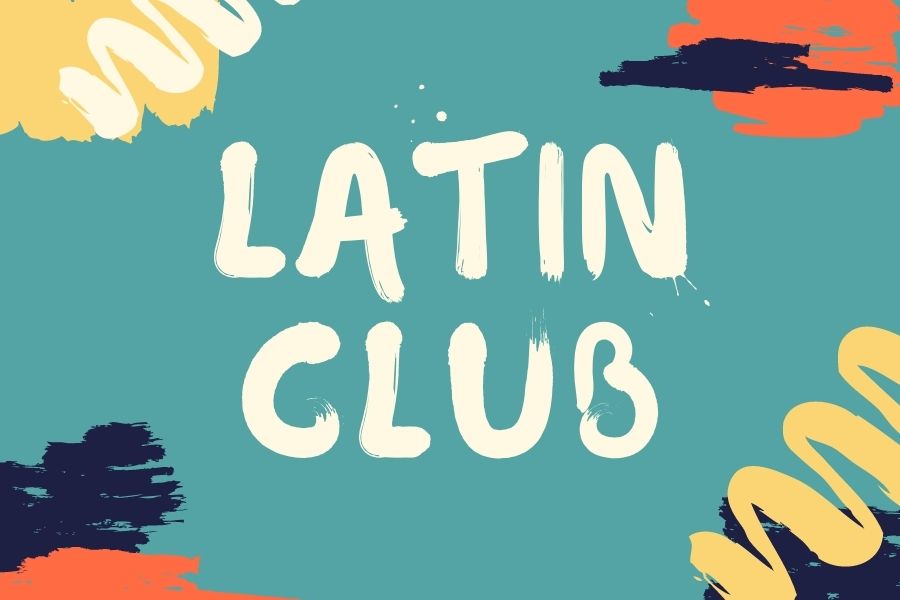 Every other Wednesday at 8 a.m., Latin Club hosts a Zoom meeting to play Kahoot, make livergrams and create yearly T-shirts in hopes of expanding their knowledge on ancient Rome.  Possible members do not have to take Latin and can message the Latin Club’s Instagram account or email the triumvirate members, seniors Zoe Rutledge, Tori Fischer and Tallie Ziegler.

What is the purpose of your club?

“[The club] has a dual purpose. It’s for kids in Latin to get that extra step of engagement and have that fun time [with] something that you’re really passionate about or enjoy. Then for those who aren’t in Latin, we try and introduce them to it and be like, ‘hey, there’s this whole course. If you like the stuff that we’re doing in here, there’s more of it to be found if you start taking the class.’ So [it’s] to give that extra step to students who are already in Latin, and then to give an introduction to kids who aren’t.”

What is your favorite part of the club?

“[While] T-shirts are a classic, I really enjoy the livergrams. Every February, we do livergrams around Valentine’s Day, and those are always super fun. It’s a nice thing because it’s school wide [and] not just Latin students. The livergrams are always super fun because you can send any message at all, so kids really have fun with it. I would say I enjoy those two really organized things. I’m actually going into classical civilizations for college, so I really care about this stuff generally. I really enjoy being able to have more fun with Latin because as someone who’s in a Latin class, it can get kind of bogged down with grammar and the vocab, and this is just a lot of fun. We make jokes about mythology and just mess around so I just really like it; it’s a really good time.”

Why would you love to have new members join your club?

“I would love to see more new faces in Latin Club. The Latin program itself is pretty small just because kids typically take French or Spanish, so we’re always looking for new members. I think something I [would] say about not just Latin Club, but joining Latin in general, is it is very useful in all of your other classes as well. It helps you with history, English and general knowledge. I definitely think it’s something worth looking into for everybody. It’s honestly so much fun and Latin Club itself is very low stakes. If you show up, we’re here to have a fun time. [Latin teacher Tom] Herpel is always there to mess around with everybody and he’s really cool. It’s honestly a really low stakes environment where you can have a lot of fun with your friends while still learning a thing or two.”