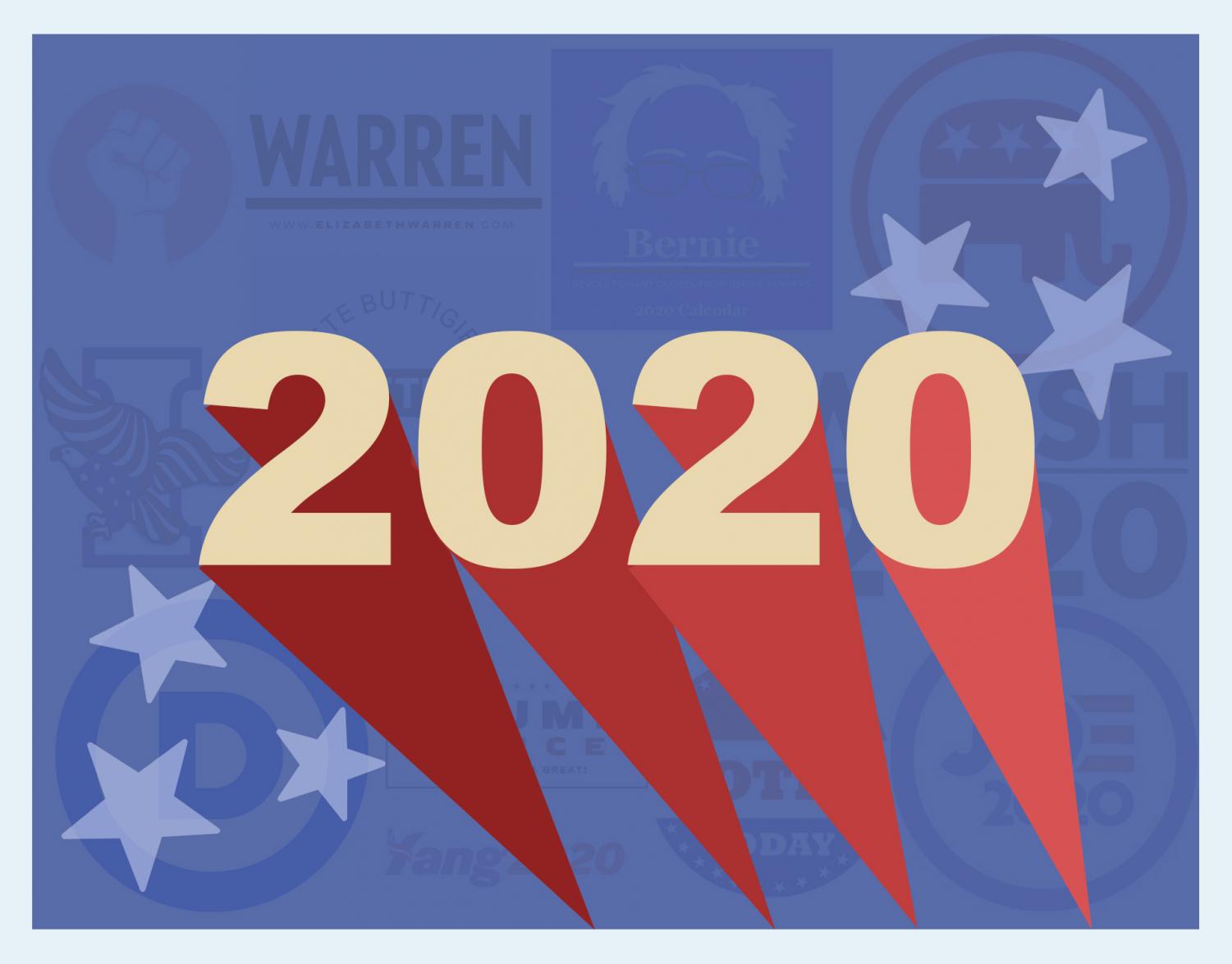 Today, the first Presidential nominating contest will take place in Iowa. Missouri’s election will follow, taking place March 10, a little over a month later. It’s time to prepare ourselves now so we can take action later. (Photo illustration by Maddy Truka)

Today, the first Presidential nominating contest will take place in Iowa. Missouri’s election will follow, taking place March 10, a little over a month later. It’s time to prepare ourselves now so we can take action later.

The student’s guide to the 2020 election

It’s the phrase that sparks anger, divides generations and gets sent to the Supreme Court. It’s the phrase youth today are using to encapsulate their emotions and define a movement. Youth today seem to find their lives ruled by Boomers–or adults–and often feel excluded from the “real world” that adults appear to control.

However, today’s youth is 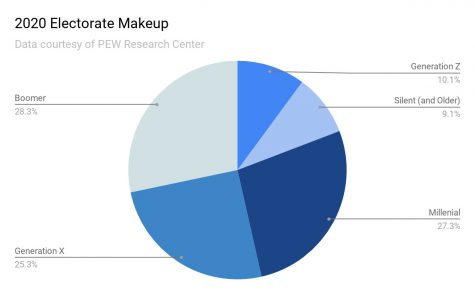 being posed the rare opportunity with the coming election. In a report released by the PEW Research Center, for the first time in recent history, Millennials (ages 23-38) and Generation Z (ages seven-22) will make up 37% of the electorate, outnumbering the Boomer generation. What this means, is that for the first time, youth will be the largest political force. The power to shape politics is now in the hands of young adults everywhere.

Despite this, Millennials and Generation Z make up the demographic most likely to not vote in the upcoming election. The very adults that millennials and Generation Z complain about are the same people who actually show up. Boomers, despite making up just 43% of the electorate in 2016 cast 49%—nearly half—of all votes. Youth today have an obligation, nay the responsibility, to take advantage of their rights and this opportunity.

The 2020 elections are our opportunity: our opportunity to impact real change, to vote into office representatives who reflect our values, to vote for policies we believe will better the lives of ourselves and others. Today, the first Presidential nominating contest will take place in Iowa. Missouri’s election will follow, taking place March 10, a little over a month later. It’s time to prepare ourselves now so we can take action later.

Turning 18 seems to allow for a rite of passage. Eighteen years marks an era of excitement with cigarettes (please, just no), the ability to enlist…but it also brings arguably the most thrilling opportunity of all: registering to vote! The opportunity to participate and share your voice in your country is one taken for granted by too many, as research shows that in the most recent midterm election, voter turnout was barely above 50%. Registering to vote is a rite of passage, and can easily be done. With a few clicks and forms filled out, you can be well on your way to using your vote to shape our world.

You can register to vote online here and can do so within six months of turning 18 or anytime after. To be able to vote in Missouri’s primary, you must be registered to vote by Feb. 12. Once you register to vote, encourage your friends and family to register. Hosting a voter drive is a fun and easy way to encourage others to participate in our political system. Sharing posts from social media campaigns dedicated to increasing voter turnout can help ideas of registration reach younger audiences. Once you’re registered to vote, it’s time to start the next step.

Students today are turning to social media to serve as their primary informant. While Instagram story reposts can inform you of a lot—headlines, this week’s hits, the funniest memes—they don’t do much to actually inform individuals on current events and the information necessary to cultivate in-depth knowledge. Knowing the headlines is great, but going beyond the headlines and researching the story is where information comes from.

To make understanding current events digestible, try small doses of news in your everyday life. Turn your news app notification on. Take a second to read the headlines, and a minute to research the story. Subscribe to email services, like the Skimm, to get the news explained to you each day in concise and easy terms with links to more articles. Popular news outlets like the New York Times and The Washington Post offer free news briefings that explain current events. Our own library carries free print copies of political and informative magazines like TIME and The Economist that can be easily checked out. Print subscriptions to even one of these sources can cost upwards of $50, yet students can access them for free. Outlets like Vox and BBC publish helpful articles and videos that summarize current events, explaining the history and giving context.

Elections can easily be incorporated into the classroom as well. Classes like Challenges to Democracy, AP Comparative Government, AP Government, Philosophy and Ethics and AP United States History all offer in-depth ways to analyze politics today and understand why our world is the way that it is. Teachers are an invaluable resource in understanding society today, so reach out and get involved! Asking questions and making an effort to understand politics is what counts, so why not bring it into the classroom?

Having educated opinions and a springboard of information will launch into your voting career as an informed voter.

In a society with information just a split second away, it’s our duty to use our voices and minds to vote for a better world.

With less than a month until the next primary election, your first voting experience is quickly approaching. Primary elections are when voters signify their preference for a candidate belonging to a specific party. You’d fill out a ballot for the specific party you intend to vote with. Because Missouri has an open primary, you are not required to register with a specific political party. This means, come primary election day, all you’ll need to do is indicate to the poll workers which party you intend to vote with. You can choose your top choice in the party you support. Another primary voting strategy is voting for the party you do not support, but picking a smaller candidate. This voting technique splits votes, making it more difficult for a single candidate to gain a majority.

Missouri’s primary is an election, not a caucus, and will be held March 10. It’s required to bring some form of identification to the polls, and you can check if yours is acceptable here. While lines for elections can be very long, the time spent in line is well worth having your voice heard, and as long as you are in line to vote come 7:00 p.m., you have the right to vote. So get ready, find your polling place, grab your ID and get ready to vote!

From gun control to marijuana legalization, all the controversial issues you hear about in the news are about to be in your hands. Understanding the issues you’ll be voting on is imperative to having an educated vote. MO offers a service that helps you find localized issues based on your address. You can gain access to what your district’s issues are by entering your address, and it will provide resources based on your voting district. Standard ballot initiatives will include voting for your favored candidate of a political party to go to the national election in 2020.

The March 10 election will be for designating your Presidential preference, however, less than a month later, on April 7, another election will be held. This is the General Municipal Election and will feature more localized issues. The same information for understanding what will be on the ballot will become available through the ballot services linked above.

One Response to “The student’s guide to the 2020 election”

The student’s guide to the 2020 election