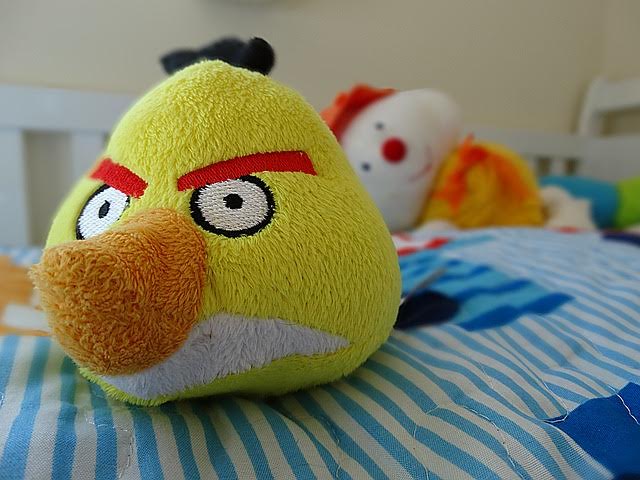 The iconic yellow bird is codenamed "Chuck" for the series.

The Angry Birds are back seven years after the app was first released now that Angry Birds: Blast is now available. Join them against their world renowned villains, the Green Pigs. The game is a tap-to-match puzzle game, that doesn’t have a story.

As with all Angry Birds games, players’ ultimate objective is to get back at those dang pigs, but this does not have a narrative driving the action. Instead, you are just supposed to tap on a tile that is next to a tile of the same color in hopes of getting enough birds of that color to complete the puzzle.

The original Angry Birds focused on physics-based demolition, but spin-offs have also seen them tackle everything from role playing games to racing and even giving their antagonistic pigs a chance to use their construction skills for something other than egg-nabbing. Angry Birds: Blast is their first take on the puzzle genre which new for their gaming series. With games like Bejeweled and Toy Blast this puzzle board matching game fits the Angry Birds series quite well.

On the flip side, tapping a tile next to a bunch of the same color will unlock boost like a rocket ship that takes out everything in its path. But while this may seem simple enough, this game gets progressively more clever and challenging, though never to the point of frustration.

It’s just too bad this also has so many advertisements and links to other games, which makes this seem rather money-grabbing. Overall, Angry Birds: Blast is as fun and addictive as well as every other Angry Birds game.