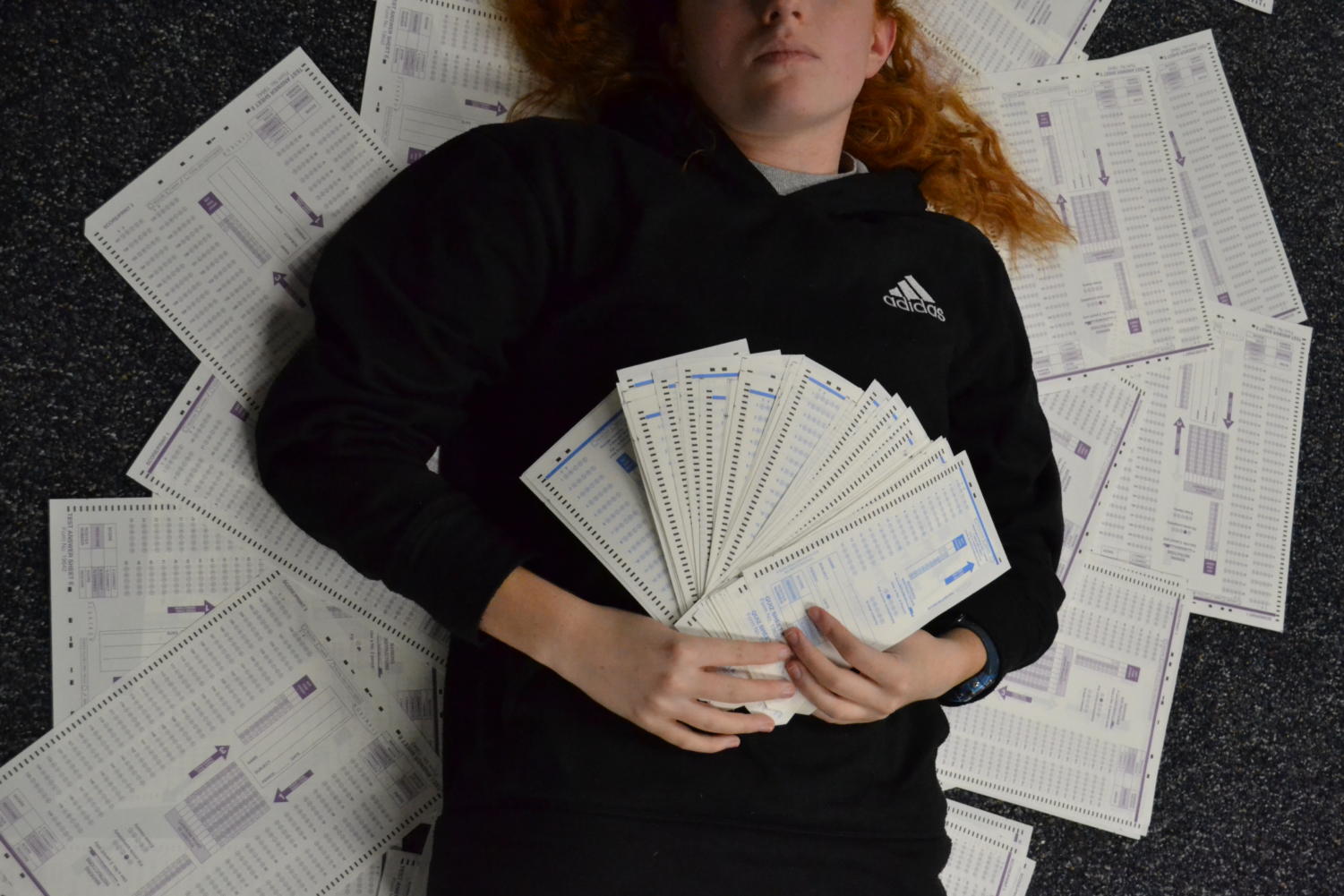 Parkway’s ALT program began rolling out in elementary schools in the 2016-2017 school year, and middle schools in the 2017-2018 year. “Even if ALT were not becoming a reality in our high schools, we cannot continue what has become an inefficient use of resources particularly when there are more effective products available,” Beckner said. According to Parkway, the end of Scantrons® and the expansion of ALT are unrelated. (Claire Smout)

Parkway’s ALT program began rolling out in elementary schools in the 2016-2017 school year, and middle schools in the 2017-2018 year. “Even if ALT were not becoming a reality in our high schools, we cannot continue what has become an inefficient use of resources particularly when there are more effective products available,” Beckner said. According to Parkway, the end of Scantrons® and the expansion of ALT are unrelated.

Citing rising costs, Parkway School District is discontinuing its use of Scantrons® after the end of the school year. A lack of transparent planning has caused many questions to arise, and the Pathfinder Editorial Board unanimously (9/9) agreed that district administration needs to better formulate the transition away from Scantrons® to keep testing effective and efficient.

The question on everyone’s minds after learning about the latest Parkway policy change: How are we going to replace the gap that Scantrons® leave in our hearts–I mean, educational system? In line with Parkway’s mission and goals, teachers have been utilizing more performance events to test student learning, rather than the archaic blue bubble forms. The rise of these alternative assessments, often online, prompted Parkway to back out of its contract with the Scantron® corporation to further pursue virtual learning. However, there is an issue with this shift: online learning platforms are far less reliable than good old-fashioned paper.

Parkway is correct in that it is a fiscal nightmare trying to deal with Scantron®. Last year, Parkway was required to pay approximately $11,000 to Scantron®. Regardless of how few forms were purchased, we had to pay out-of-pocket to meet the $11,000 minimum fee for Scantron® to keep loaning us their form-reading machines. But let’s make something clear—Parkway’s replacement plan is not designed to save money, but to funnel it somewhere they deem more responsible.

Since the Scantron contract is not financially beneficial for Parkway, at Pathfinder, we don’t fault them for seeking a new testing method, we just don’t think the replacement is responsible either. Through the Access for Learning Today (ALT) program, Parkway is buying 1,400 students per year $200 HP Chromebooks–a conservative estimate–for their own personal use (hint: that’s around $298,102 per year). That cost doesn’t even factor in repair, maintenance and replacement costs for the Chromebooks that are misused or become outdated with time. While supplying Chromebooks for every student in the district will be popular among students themselves, it doesn’t make financial sense for a district that is supposedly so concerned about the money.

While we continue to work toward more authentic ways of assessing student learning, we know there will still be times you want to check for student understanding quickly and efficiently. Teachers can design and implement assessment in Schoology including the use many different item types (true/false, multiple choice, ordering, short-answer/essay, fill in the blank, and matching).”

Starting next school year, ALT will roll out to one additional grade per year. By 2021, the district says, every student will have a Chromebook to help further their learning. However, Scantron® use will be discontinued for the 2018-2019 school year, with virtual testing being fully implemented in 2019-2020. Did Parkway just forget about the two years of high schoolers that they leave stranded in a plugged-in world without the technology to participate in it? It’s a gaping hole in the plan that will affect upwards of 3,200 people, and we cannot fully stand by Parkway until it is addressed.

Now, flashback to the spring of 2017, when there was a day in which some work on Clayton Road disabled power and internet access to West High. After two and a half periods of sitting in the dark, students were dismissed and sent home. The scene was reminiscent of Lord of the Flies; productivity in the classroom was nonexistent and chaos slowly unraveled. If this incident were to be repeated in an institution that stores all of its assignments, grades and records in a virtual cloud, the school would grind to a screeching halt. Parkway’s backup power system could only support essentials for a few hours, and that’s not enough to hold up a virtual district during an unexpected event. With the information the district has given out and with the current strength of our backups, this plan isn’t a prudent one.

In addition to the concern of power outages, Parkway’s WiFi is notoriously spotty. Students recently went two weeks with BYOD completely disabled, and the connection on the secure network gets slow at peak times, and the efficiency of trying to work in Google Drive drops to zero. With the way things are right now, life goes on when BYOD is down, and we can find alternative ways to do our work if the secure network is too slow to be practical; if the district goes digital, we will all go down with our WiFi—frequently and with mockery. No internet connection will ever be perfect, no matter how much we try to make it so.

The age of Scantron® is ending, but the dawn of a new era cannot come overnight. The issues with Parkway’s technological stability must be addressed before we can reasonably consider becoming Chromebook-based, but Parkway seems to be blazing ahead in spite of the holes in their plan. Ultimately, higher technology is not a godsend, and our education will not magically improve if we have a screen in front of us rather than a pencil.

Leave a Comment
Donate to Pathfinder
$25
$400
Contributed
Our Goal