The unofficial Instagrams of West 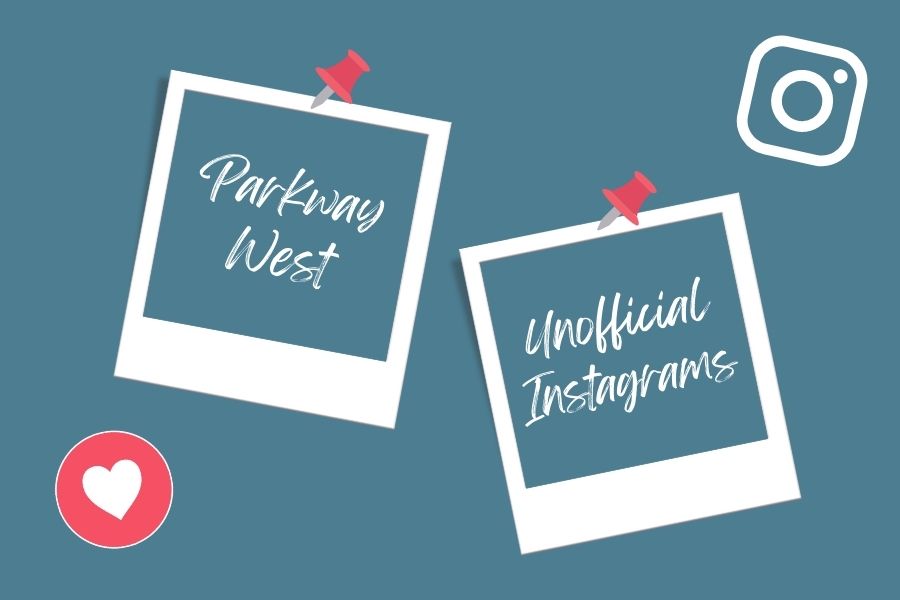 Unofficial Instagrams have swept through the school to entertain the student body.

Student-run Instagram accounts have been on the rise and our school has been no stranger to them. With accounts dedicated to sleeping students, teacher quotes and even promoting local canned food drives, the number continues to expand. The unofficial accounts of Parkway West have continued to captivate the student body.

Looking out into a classroom, it isn’t rare to see at least one student catching z’s with their head resting on a makeshift backpack-pillow. Parkway West Naps aims to share these sleepyheads with the student body. Inspired by the Kirkwood Naps Instagram account, the creator of Parkway West Naps, who chose to stay anonymous, uploads pictures of napping students with consent from those sleeping.

“I don’t know if I have a specific one. More recently, I’ve been getting so many DMs because people send pictures of what they see in class. And so, instead of doing one nap per post, I’ll do a bunch. I think people like that a little bit more because it’s almost like a compilation of a bunch of naps,” the creator of Parkway West Naps said.

“I think it’s just the people sending in pictures daily. [Usually,] they’ll type something funny like, ‘looks like this kid was caught lacking.’ I’ll see a lot of fake images sent in to me and seeing some of them are kind of funny, but I try to keep it legit. All the administrators know about it [too]. They think it’s really funny, which I was happy to hear because [that means] I’m not really doing anything wrong. I can understand when parents could look at it the wrong way. They could be like, ‘Oh my gosh! My kid is sleeping at school!’ but actually they all think it’s really funny,” the creator of Parkway West Naps said.

“I feel like PWest Naps was one of the first funny accounts to be started. Because it was the first that people saw, they wanted to follow it. I think it’s [popular] because it’s legit and consistent. I try to post every morning when I wake up. I usually save a lot of pictures in my drafts to post, and then I post them whenever I’m ready. I keep it consistent, and people tend to send me a lot of stuff so it’s not really pictures I’m taking, [but instead] it’s people sending them in. It’s a matter of people wanting to see them posted, so they send them to me,” the creator of Parkway West Naps said.

Some teachers are known to say outrageous things, and for junior Eric Johnson, this is social studies teacher Mel Trotier. Johnson created the account known as Trotier Quotes, with a goal to share the jokes with other students and classes.

“As far as pictures go, the one where he’s wearing the gloves with the sequins all over them has got to be the funniest. But as far as the funniest things he said, I’m not sure,” Johnson said.

“I always find it really funny when people send stuff in. Because I see what goes on in my class, but the funny stuff that goes on in other classes is just as good. The funniest things people have sent [was] a screenshot of a Zoom session and they kept the humor growing in the comment section,” Johnson said.

“I think it makes people happy to look at it. Every other day or two [people] can just go on and just see a funny picture of Trotier with a random quote on it. I just think people find it funny,” Johnson said.

Members of the student body are almost guaranteed to know the famous Team Chazen vs. Team Wayland canned food drive. In hopes of a victory this year, students of social studies teacher Jeffrey Chazen advised him to use Instagram to promote canned donations to his team. Through Instagram, alumni were also able to assist with donations.

“I got a lot of really good feedback from the videos that I posted. I had a lot of alumni saying that it brought them back to the days when they were in class and doing [the canned food drive] which made me feel really good about it. I liked teasing Wayland, that’s always pleasurable, although she does kick my butt in the end. She always gets the last laugh. When Wayland started taunting me at the very beginning, I had a couple students help me film which was fun. When I was done they gave me a standing ovation. It was nice to have that support and get back in touch with alumni. I have a whole bunch of alumni that, besides making donations, also dropped me a nice little holiday line,” Chazen said.

What was your favorite response from students and alumni?

“A lot of alumni messaged me saying it was like a trip down memory lane, having been part of this before. There was a lot of anti-Wayland messaging. I actually had one alumni get in touch with me and we ended up going out to dinner. He was a former baseball player of mine who joined the Marines and is now coming back. So it was nice to go back down memory lane, which was an added benefit from this whole social media experience. The kids just reposted and made some positive messages about Team Chazen. They kept it pretty limited and I never responded, but it was nice to see,” Chazen said.

“It is the best compared to Team Wayland because Team Wayland doesn’t have it yet. I’m like the trend-setter as far as that goes. But again, I know full well that if she decides to unleash that weapon upon me next year, it’s going to be a big [loss]. The day to day messages were kind of fun to make, especially when Team Chazen was pretty self-confident at the time. I thought the game plan was working. I was getting a lot of good feedback, and we were getting donations and cans being delivered. So the community definitely responded to it,” Chazen said.