It's Not Black and White 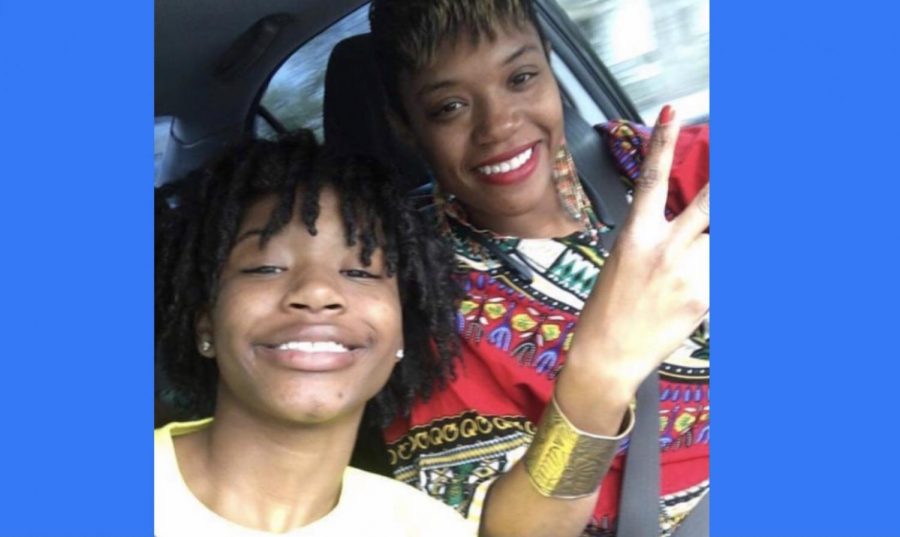 This is episode one of the mini-series, Carieal Doss, Forever 18. Carieal passed just weeks before her high school graduation with the rest of Parkway West's class of 2020. This episode tells the story of the tragic night she was killed, as well as the aftermath from her mother, Johnetta Doss' perspective.

[a beat comes in]

St. Louis: home to the Gateway Arch and to one of the most successful baseball franchises in history. Home to musical artists Nelly and Tina Turner and to activists Maya Angelou and Josephine Baker.

Home to record levels of gun violence, and a near-annual title of “Deadliest city in America.”

A quick disclaimer: This episode will focus solely on facts and personal stories, in the hopes of humanizing the tragedy of gun violence in St. Louis. It is never our goal to perpetuate dangerous stereotypes, and we want to be clear that when we discuss the problem of gun violence, we are blaming the system, not the individuals who are affected by it. The roots of gun violence are planted in historical factors, and are watered to thrive by systemic racism and classism.

Cheerful laughter flutters up the stairs of Johnetta Doss’s home. Easter is rounding the corner, and the white blossoms of dogwood trees are reaching their peak, signaling Spring in St. Louis.

Johnetta, also lovingly referenced as the “snack lady” by her children, five in total, is remodeling her bathroom. She asks her oldest son, JaCorren, to come over and help her put the drywall up.

The house is filled with her children and their friends, and the joy is tangible.

They were at the house, and we were all talking, and we were laughing. And I remember I was working on my, my bathroom. And I asked my oldest son, could he come over and put some drywall in. And so him and his friends were over at the house and Carieal was there. And we were, we were just being a family, you know, we were just having a good time. We were laughing, you know, and just enjoying each other’s company. And her friend said, “My Uber is here. So I’m going to go ahead and leave,” and so you know, we said to her goodbye, and Carieal came back upstairs, and we were talking, we were laughing. And, and then she went downpstairs and she was making her something to eat. And I remember going downstairs and laughing about Easter. And so we were laughing about it. And I’m talking about my son, Ethan. And, and that was it. And so I went back upstairs and I started, you know, working on the bathroom and she was downstairs. And then my son came back. And she said she came upstairs. She said, “Mom,” I said, “Yes,” She said, “I’m going to go ahead and leave with JaCorren, and that’s my oldest son’s name. And I said, “Okay,” I said, “Where are you going?” She said, “I’m going to grandma’s house.” I said, “Okay,” Well, she said, “We’re gonna hang out, then, I’m going to grandma’s house. I said, “Okay, fine.” So they left.

Carieal makes it back to her grandmother’s house that night. For Johnetta, the night was over, and her daughter was safe at home. But a call from her mother the next morning changes that narrative.

My mother, the next day, my mother, she called me. And she said, “Did Carieal come home? And I said, “No,” I said, “What do you mean?” And she said, um, “I just so happened to look in the room this morning, and she wasn’t in there, and she’s not calling [answering] her phone.” She [grandmother] says she didn’t answer. And she said, “I was calling you to see if she had came home,” And immediately, immediately, I tell my mom, “Call the police. Call the police.” And I can remember this day. I was in the store when I said it. Um, and I can remember going in the store, and I was having birth pains, which was really, really weird. And I was like, ‘Whoa, you know, like, I’m having contractions.’ And I’m like, ‘I’m not pregnant,’ you know, but I could barely even walk through the store. And I’m like, wait a minute, let me, let me, you know, gain my my composure, you know, like, ‘What is going on?’ So I was like, I told my mom, “Call the police.” And I said, “I’m on my way.”

Johnetta knew what to look for when she entered that room. After training in a police academy, her motherly instincts and professional instruction combined sent her straight to work.

Carieal Doss had been picked up at 8:22 p.m. from her grandmother’s home. A call with the police informed Johnetta that, because Carieal was no longer a minor, they would have to wait 48 hours before filing a missing persons report. Johnetta decides to take matters into her own hands.

I just kept saying, “This is not like my child.” I called her, FaceTimed her, nothing. And I know for a fact, she would have answered the phone. I know for a fact she would answer a text message. I just knew, it was like something inside my intuition was telling me. I didn’t think it was that, but I did think it was something wrong. So by the time I spoke with the police on the phone, I got in my car and I just started knocking on doors and calling her friends, and having them to call other friends and you know, we just kind of start pedaling and doing our own thing. I called her dad because her dad was like, “She’s not answering her phone,” you know, “Can you call her and tell her to answer her phones, I’m steady calling and calling,” And I’m telling him like, “Something is wrong, she’s not answering the phone. She’s not answering text messages from anybody. And, um, and then I started panicking at that point. And so I was trying to be, you know, level headed, but my adrenaline was pumping so hard, like, ‘What is going on?’ So I’m not, I went knocking on, you know, doors, and you know, her friends’ doors that I knew of, and calling other friends and having other friends look for her, [and] her dad was looking for her. And we were just searching, you know, we were just searching for her.

Johnetta and Carieal’s father knew they could search Carieal’s phone records for answers, so they went to T-Mobile. Suddenly, the search comes to a halting stop. Johnetta gets a phone call from a friend of Carieal’s.

We got a call, as we’re sitting in, looking through these phone records, we got a call. And it was her friend. And her friend said, hysterically screaming, “Mom, mom, mom, I seen this thing on Facebook, and it’s Carieal’s shoes,” And I’m like, “What?” You know, and she’s, she’s just like, I couldn’t really make out the only thing I could make out was it was her shoes. And so I was like, “What?” And she sent it to me. And instantly, without even looking at the article, I knew it was her, because I knew her shoes. I knew her clothes. So I knew it was her. And when I read the article, I would have never thought it was her because the article was saying [it was] “A young girl from the age of 13 to 16, [and that] she had braids in her hair.” Um, you know, this person just didn’t fit Carieal, because Carieal was 18, and she never had braids in her hair. So I would have never, in fact, if I would’ve really paid attention to the article, I would have passed that article up if it had not had any clothes on it, or anything. But when I seen what I seen, I knew it was my daughter.

With this new information, Johnetta begins putting the pieces together.

She had been picked up in Ferguson, where my mother lived, and she had been taken down to St. Louis city on a street called Franklin. And she absolutely didn’t know anybody that way. I don’t know anybody that way. So when we called the police, we called Ferguson [police department] because that’s where my mom lives. And so, um, Ferguson and St. Louis city, do not cross. So it was a St. Louis city article, which, had I known she was in St. Louis city, I would have called St. Louis City. I called Ferguson because that’s where she left. And so, when I talked to the detective in Ferguson, I said, “Have you guys talked to St. Louis city?” And they said, “No, we haven’t,” And I, and I broke down. And I told the detective that, “I think I found my daughter.”

Johnetta connects with a detective from the coroner’s office. Their phone call leads to the confirmation of her worst fears.

The detective asked me, he said, “What’s your daughter’s name?” And I told him, I said, “Her name is Carieal Janae Doss,” And then he said, he said, “Does she have a dentist?” And I said “Yes.” Well, when he asked me that, and he said, “What’s her dentists name?” And I gave him the name, and then he said, “I’m going to call you back, Okay, ma’am?” And I said, “Okay.” Well, when I hung up the phone, I just automatically knew. I just automatically, like, ‘Why would he call me back if it’s not her?’ So he called back and he said, “I’m sending a detective out to you, where are you?” And I just knew, I just knew at that, at that, at that moment, that that was her.

And by the time the detective got to us, you know, he said, he said that, “Miss, I need for you to understand that the graphics are horrific. And I just want you to know that we’re right here to help you and support you. So we opened up a folder and me and my ex-husband were in the backseat of the car. And when you open up the folder, it was her. And I just screamed. I just screamed. And my ex-husband, he was just crying. And it was just a hard, hard, hard situation. So, when you have to see something like that, and you have to process that that is your child, it’s more that comes along with that.

Thank you for listening to episode one of the three part series “Carieal Doss, Forever 18”. Check back for episodes two and three, which will go into more detail about Carieal’s life and passing, as well as the impact of her death on her mothers mental health. We will also discuss stigma surrounding mental health in the Black community, as well as Johnetta Doss’s book and other projects that she is creating in remembrance of Carieal.