The Marvel TV show we needed all along 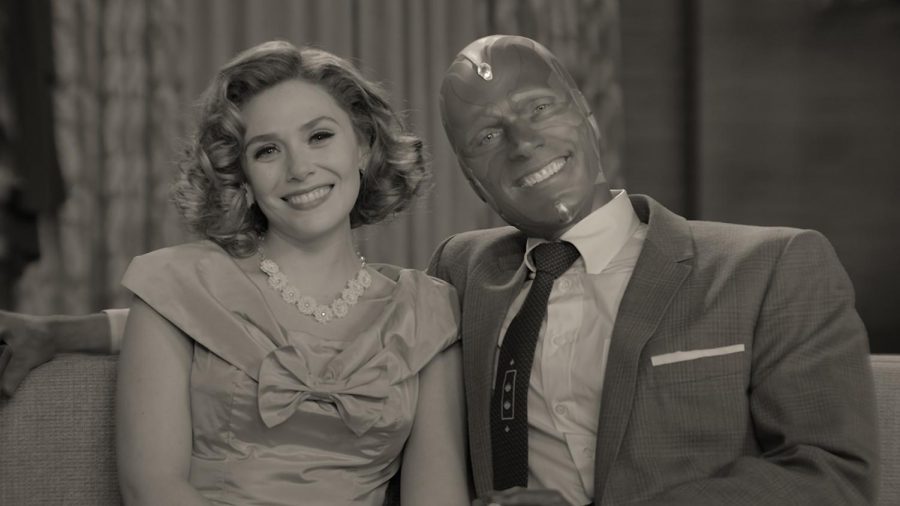 Marvel has come a long way from its beginnings in the movie and television business, the Marvel universe previously existing in comic book format. When it first began to transition into film, we were told detailed, individualized stories about “Iron Man,” “Captain America,” “Thor” and others. Then they gave us the “Avengers,” a dream team of multi-talented superheroes, fighting to save the earth from even extraterrestrial threats. Phases three and four, the next slots of movies Marvel released, expand on this team, even to those fighting around the galaxy.

Now, with a new platform and practically unlimited streaming space, Marvel surprised us with a horde of upcoming shows and movies. Some have been delayed, like the long-awaited “Black Widow” movie, but others, like “WandaVision,” were dropped almost immediately after their announcement. In the past, we’ve never really been hooked on a Marvel TV show, but we were still hopeful that “WandaVision” would live up to the hype.

We are invested Marvel fans, but we also have lives outside of TV. Well, we don’t really, but school and work have impeded our ability to watch “WandaVision” properly, week by week. Our solution? Binge watch all eight episodes in one sitting, and then watch the finale weeks later. For our non-Marvel readers, the show dives deeper into the story of Wanda Maximoff, the Scarlet Witch and her husband Vision. The couple were two Avengers who fought alongside others like Iron Man and Captain America. The issue is, Vision, an android who is practically a human, is already dead.

This show delves further into the Marvel universe, including a variety of other characters, such as Darcy Lewis, who had previously appeared in the movies “Thor” and “Thor: The Dark World.” This show further incorporates the title character, Wanda, an orphan who was experimented on as a child, into the world of Marvel characters while providing much needed insight into her life. Wanda was previously little more than a parent-less superhero with deadly powers. While this may seem like a good storyline and basis for a character, it did little to differentiate her from other Marvel characters, who often share tragic pasts.

“WandaVision” continued to add depth to Wanda that was lacking in previous films, as she lacked the inclusion of her own movie in the Marvel universe. In the world of “WandaVision,” viewers discover more about Wanda’s protective nature and deep love for those close to her, including the other titular character: her husband Vision. The show further explores the extraordinary powers Wanda possesses, including mind control and energy manipulation, arguably some of the greatest powers present among the Marvel superheroes.

We can’t forget to mention one of the biggest draws of “WandaVision,” both to marketing executives and viewers alike: its time travel-esque format. Each episode, excluding “We Interrupt This Program” and those following episode seven, features a different era of television. Some were zany, all were cheesy, but none were cliche. We applaud Marvel’s ability to experiment with, and nail, the different formats of television, and the special place they all hold in Wanda’s heart. Not to mention the indisputable fact that you can never get too much of Elizabeth Olsen, the queen who plays our amazing Wanda Maximoff.

Despite our seemingly never-ending interest in all things Marvel related, the first two episodes of the show “WandaVision,” “Filmed Before a Live Studio Audience” and  “Don’t Touch That Dial,” left us in a state of confusion regarding not only the plot of the story, but also how the storyline would look moving forward. These two episodes had us wondering ‘is that it?’ They both seemed to include strange moments in which Wanda had a touch with reality that were never explained again. In addition, the stiff comedy present in the 1950’s and 1960’s style of sitcom portrayed by the episodes, albeit accurate, were less than enthralling.

However, the story soon begins to grow in detail as the mystery of the town that Wanda and Vision inhabit, West View, N.J., finally begins to unravel in a way that even the least invested of Marvel fans can jump on board to. Following the first two episodes, “WandaVision” begins to really pulse with energy, and not just Wanda’s. It left us captivated in a way that made the eight-episode-binge over the course of four hours seem like almost no time at all had passed. Each episode features thrilling action, but never shies away from more emotional moments as Wanda struggles to maintain the life she has created for herself. The flow and excitement of this series was only dampened by the occasional interruption by family members and the seemingly never-ending credits.

Knowing past Marvel tendencies, we sat through these painful six-minute credits following the first episode, only to be let down by the lack of post-credit scenes. These episodes weren’t without the typical flare and music that the majority of Marvel films possess, but the lack of post-credits scenes on a majority of the episodes was a definite disappointment and annoyance. If you’ve ever seen a Marvel movie, you know the painful suspense one must sit through in anticipation of a post-credit clip, which often gives insight into the future of the Marvel universe. Watching eight episodes at once was certainly entertaining, and a way to reduce the suspense that would have otherwise been brought after each episode, but the diligent clicking of the remote over and over in an attempt to skip the dreadfully long credits certainly dulled the mood.

The issue of a lack of post-credit scenes within the first few episodes led to another inconvenience in our show watching tendencies. Thanks to a variety of spoilers and rants regarding the “WandaVision” show that we stumbled upon, we later discovered the existence of a few post credit-scenes in episodes seven, eight and nine. By this point we had already watched each episode and were therefore forced, in order to obtain the full “WandaVision” experience, to click through those episodes all over again until we reached the credits.

Still, we enjoyed these later episodes even more. The shifting time periods, and characters like the wacky and mysterious Agnes, who live in Wanda’s town of West View, added a lot of humor to what could have been a mainly action-packed series. Outside of the town, FBI agent Jimmy Woo and the aforementioned Darcy Lewis serve as foils for the viewer’s perspective as they try to uncover what’s going on in West View. In addition, the reintroduction of Monica Rambeau, daughter of Captain Marvel’s best friend Maria Rambeau, tied the series further into the Marvel universe.

“WandaVision” offered us a way to experience the Marvel universe in a rather new and unique way, with few of Marvel’s television series— looking at you “Agents of S.H.I.E.L.D.,” no offense, we just never really got into you— reaching the same level of thrill and excitement present in Marvel films. “WandaVision” was quite the exception to this norm, with our interest in the series leaving us in anticipation of finally sitting down and watching the final episode weeks after our binge.

The final episode of this rollercoaster of a show, “The Series Finale,” left us at an all-time low. If you ask us, that episode was absolutely heartbreaking. Now, we won’t get into too many details in the hope that this review, despite our rant regarding the credits, leaves you wanting to spend an entire day completely immersed in Marvel content and conspiracy theories on the future of the Marvel Cinematic Universe. This episode wrapped the previous episodes in an astounding way that allowed for all your previous questions and assumptions to vanish completely, while still leaving you pining for movies or television series yet to come.

The Marvel universe will continue to expand with the introduction of the television series “Falcon and the Winter Soldier,” but also the further incorporation of Wanda Maximoff into the cinematic universe, as the movie “Doctor Strange in the Universe of Madness” is set to release in March of 2022. Wanda’s story is far from over and we look forward to seeing her growth, both as a character and in the development of her powers in the films to come.

The Parkway West Pathfinder gives “WandaVision” 4.5 out of 5 stars.