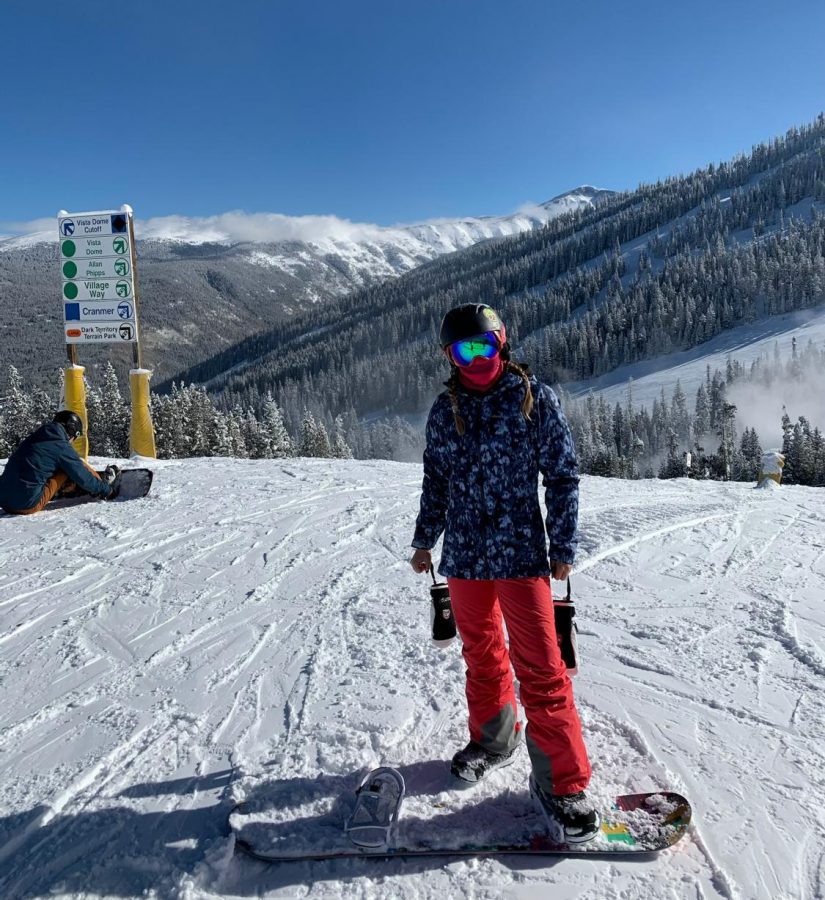 Who or what inspired you to start snowboarding?

“My friends and I were talking about how it would be cool to snowboard, so we actually just made it happen and started snowboarding, and it stuck.”

How has working at Hidden Valley affected your snowboarding experience this winter?

“Working at Hidden Valley has made my experience probably better. I’m friends with all the workers and I get a free epic pass, so I go out every day before I work [and] after I work. On days I don’t work, I spend the whole day out there. It’s at least four to five hours, most of the time I’ll try to go for more.”

What has been your greatest accomplishment snowboarding?

“I just started two years ago and really got into it last year. I have a lot to learn still, but just going to Winter Park, CO. was the best thing.  It was just so fun to get to snowboard there with fresh powder and nice jumps.”

What do you find most challenging about snowboarding?

“At the moment I think the most challenging thing I’ve had to deal with is trying to learn to switch. It’s like starting all over again from square one and feels impossible to do, but it’s a learning process and it will take some time.”

Describe the way you feel when snowboarding?

“When snowboarding I just have such a free feeling and it has to be one of my favorite things ever. It’s so unique, and I love the snow and when you go to cool places like Whistler, Canada or places in Colorado it’s one of the most fun and prettiest things I’ll ever do in my life.”

What life lessons have you learned from the sport?

“A life lesson I could take away from snowboarding is that you’re not going to get everything right away. You can’t just expect to be a professional your second time. I’m no professional but I am decent, so learning switch is complicated mentally because I just want to quit when doing it. It feels impossible, and it’s like starting all over, which no one wants to do. In the end it will just make me better once I get it down, which is why I have to stick with it and not give up. It sounds like a basic typical life lesson, but it is so true. It’s hard at times and you’re going to be upset, but you can’t let that stop you from accomplishing it.”