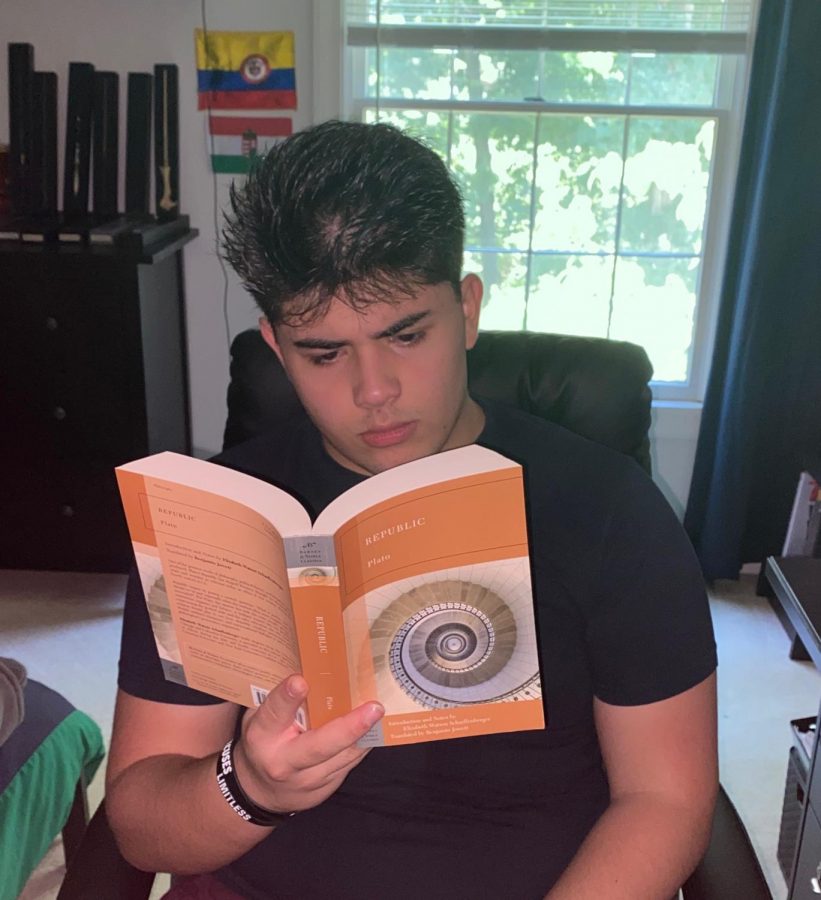 While most only experienced the travel ban prohibiting them from traveling outside the country, at the beginning of summer, junior Santi Lugo encountered the flip side that banned people from internationally entering the country.

“My best friend, [junior] Santi [Helbig], who I haven’t seen in over a year was going to come and spend three weeks in St. Louis. Sadly, Santi couldn’t come into town because of the new crisis,” Lugo said.

With his summer focus being on academics, Lugo initially planned to spend three weeks studying and living on campus at Stanford University after being accepted into their Authenticity and the Good Life philosophy summer program.

“The Stanford program was moved to online, so I still took it. However, it wasn’t the same as being on the campus in California,” Lugo said.

Lugo took Creative Writing and Environmental Science in summer school as well as a college prep course through Maryville University.

“We were given the time to study, learn and improve ourselves to be the best leaders we can be to enact change in our community and in our world. So while this summer was unconventional, I wholeheartedly believe it elicited a fundamental change for the path humanity is heading in,” Lugo said.

Lugo made the most of the extra time spent at home this summer by undertaking new hobbies and goals while also working a job.

“I endeavored to read three books a week. I started learning Arabic and my summer goal was to write a book,” Lugo said. “I think this summer was all about how we occupy and grow our minds.”