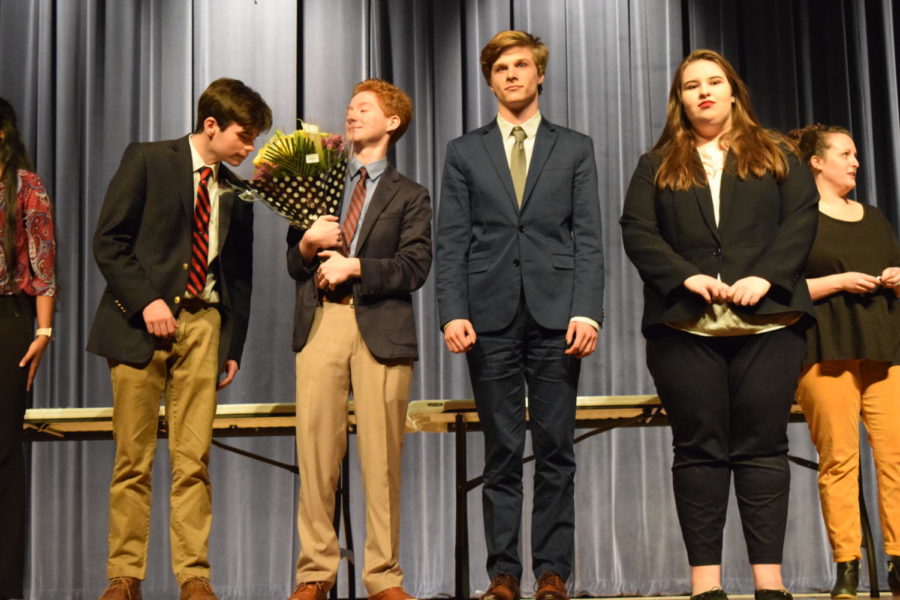 During the awards ceremony of the 2019 Missouri State High School Activities Association (MSHSAA) Speech and Debate tournament, seniors Luke Donovan and Kristina Humphrey await their names to be announced with their placement. Donavon and Humphrey qualified for state in the duet event and placed second overall in the tournament. “I stayed in speech and debate [for four years] because the team and people from other teams in the district are like my second family. While competition can be brutal, it’s worth it to be with the amazing people in Eastern Missouri,” Humphrey said. “Speech has made me grow as a person significantly. It has given me the opportunity to spread important messages through unique ways of conveying them.” Photo by Fatema Rehmani.

The Speech and Debate team has been actively expressing themselves through speeches and performances since 1970. The team is sending seven competitors to the state tournament in Springfield, Mo. and six to nationals in Dallas, TX. This marks the 45th of the team qualifying for the National Tournament.