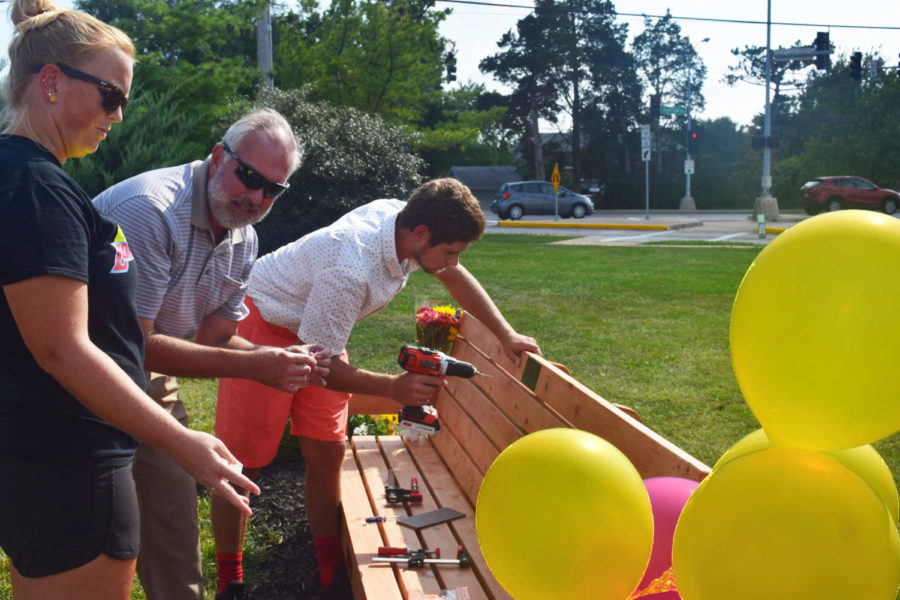 Drilling a plaque into the bench he built, junior Matthew Hopper puts the final touches on his Eagle Scout project during girls tennis senior night in order to honor Brynn Haun. Because he had known Haun since elementary school, Hopper’s troop notified him about building the bench, and he enlisted junior Andrew Jolly and senior Gabe Rennard to help him. “It was important to me because I just wanted to give back to a community that was hurting,” Hopper said. “Brynn has given so much to the community just from always being supportive, nice and so positive, even when she was going through her toughest times, so I wanted to give back.”