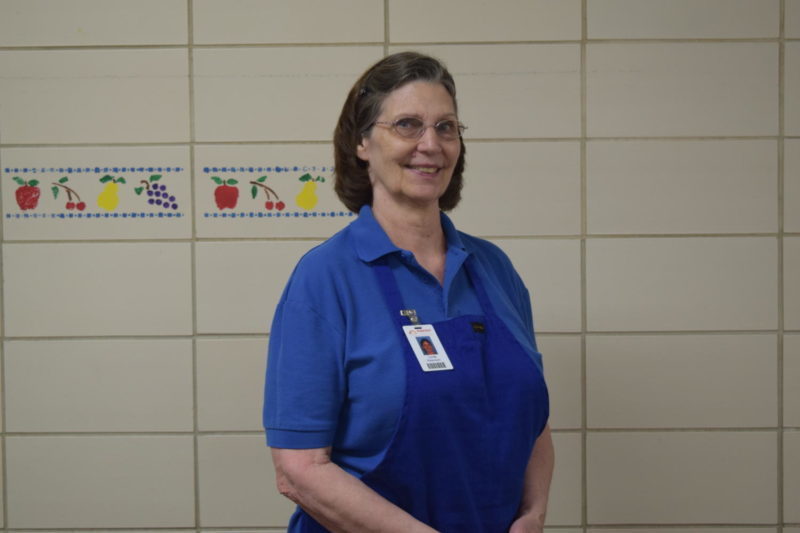 Peterson: [I was born on] September 13, 1951. I was born and raised in Detroit, MI. We could go anywhere as long as we were home when the lights came on, your butt better be in the house. You could be anywhere, you could go five blocks away and play and be out with your friends and never have a problem, a very diverse neighborhood back then too.

Pathfinder: What was your childhood like, particularly when you were in elementary school?

Peterson: Elementary school was so different. We had naps. Kindergarten was more playtime and learning to socialize; now it’s learning and education, homework. It was more outside time. We were outside, we didn’t have all the gadgets.

The fact is that I was born in the era where we first had black and white T.V. which is still very interesting. It was just socializing with your friends and being outside and getting dirty and making mud pies and going for ice cream as a treat.

Pathfinder: Describe a vivid memory you have in that part of your life.

Peterson: [I went] to the meat market with my dad and picked out a live chicken for dinner. A live chicken. I didn’t realize we were going to eat it; I thought I was getting it as a pet until they brought it out wrapped up in white paper and I cried all the way home. I was probably about seven or eight.

Pathfinder: What what it like entering your teenage years?

Peterson: Actually I raised my brothers and sisters. Unfortunately, my parents were divorced when I was 10; I lived with my mom for awhile and then ended up living with my dad and my stepmom [who] was not a very motherly woman.

I have two brothers and a sister, and I ended up raising them, so I never really was a teenager. I never got to be. That’s why I think I am the way I am now, and the way I’ve always been with my kids. I still play with my kids and I play with my grandkids, so I’m an old lady with a teenage heart.

Pathfinder: Describe some of your most vividly remembered memories in your teenage years.

I was a drill instructor. Three years, I was stationed at Fort McClellan, AL, and I loved it. I got to work with awesome people.

Pathfinder: What was it like being a woman in service?

Pathfinder: What did you decide to do directly after school?

Peterson: I went into the service, the U.S. Army. We did a lot of marching and lot of hills down in Alabama. We did a lot rescue drills, we did night marches. One thing they tell you is “Do not take your hand off the person in front of you, never forget this.” [Once] I did, and I walked smack dab into a tree. We camped a lot. We just learned survival techniques more than anything, how to take care of ourselves. P.E. was nothing compared to what it is now. You’re talking running and pushups and exercise two hours everyday.

Pathfinder: How did your transition into adulthood differ from all the other transitions you’ve been through?

Peterson: I was a young adult at about 13, helping with my brothers and sisters. There really wasn’t much of [a transition], I just kind of fell into it. To be honest, I loved raising my sister and two brothers. My youngest brother called me mom until I moved away from home at 17. It’s just like playing mommy at a young age because I did. I got up, made breakfast for them, took care of them and bathed them and did the whole nine yards, so motherhood just fell into it, I guess.

Pathfinder: How did your love life progress through adulthood?

Peterson: I really didn’t date much because I was more focused on what I was doing, and I had the mindset as to where I wanted to be. I dated, but not a lot. Once I got out of the service, there was someone I had been dating, and we rode back and forth a lot, I never thought there’d be anything coming from that, but it just progressed and we ended up getting married and had two daughters. They are now 45 and 43. I have [a total of] four daughters, 45, 43, 40 and 31.

Peterson: I just treated my kids with respect and I listened to them. They were my kids and they knew who the authority figure was, and I never had any problems with them. I just treated them like I did my brothers and sister growing up. They’ve never been in trouble; they’ve all got fabulous jobs. I’ve got great-grandkids. I couldn’t ask for more.

Pathfinder: What about one of your hardest struggles in parenthood?

Peterson: I was divorced with two children, and they didn’t understand it. Being back on my own again, I’ve always been a fighter, and I’m not afraid to put it all in there because I will succeed, and my kids finally understood that mom and dad just didn’t belong together. I never really told them why because it wasn’t my place to, that was up to their dad, and I didn’t want to say nasty things about their dad to them, and then have them hate me later because I did say bad things, and that wasn’t fair to him.

I got remarried and I was married to him over 30 years. It was a good marriage, and I’ve got grandkids from it. He’s doing his own thing now, I’ll be honest, I was divorced two years ago. He found somebody else, and he said I worked too much, so that’s his choice, and I’m back to being on my own again which is fine.

I don’t say anything bad about him; the kids know, they were older; they’re not thrilled with what happened, but that was his choice. I struggled with it for a very long time because I never understood why, and I probably never will, but that’s alright.

Pathfinder: If you could go back to any point in your life and do something differently to help you through your hardest times, what would you do differently and why?

Peterson: After my first divorce, I ended up working three jobs.

I wish, and I have done it since, that I had gone back to school and had more specialized training which I have since done.

I went back to school at 40, and got my associates degree in Dietary Management. I ran a kitchen at a nursing home. It was on a 135 bed facility and had 14 employees and I loved it. I went from there to running a kitchen and doing all the cooking in a senior center and overseeing two more, and then I moved up here to St. Louis, and now I have all you guys.

So I’ve had a really good life, but like I said, the only thing I regret not doing was going back to school earlier in my life. That I do regret. I finished high school, but I never went on to do anything until I was 40.

Pathfinder: What’s some advice you would want your children and students to know in the future to help further them in their own success and recoverment in their own struggles?

Peterson: I talk to some of the kids here and they’ve been talking about taking different classes and they don’t know what to do with themselves.

You’re going to find in your heart what you want to do, your passion, and go for it. Always be honest with who you are, no matter what it is. Follow your heart, follow your dreams, and don’t be afraid to go for it. Work for it though; don’t try to take the easy way out, work for it. Be honest, have good morals and respect and you’ll go a long way.