Breaking down borders to celebrate prom

Senior Joe Fuller closes a 1,200 mile gap for his Prom date that lives in Monterrey, Mexico. 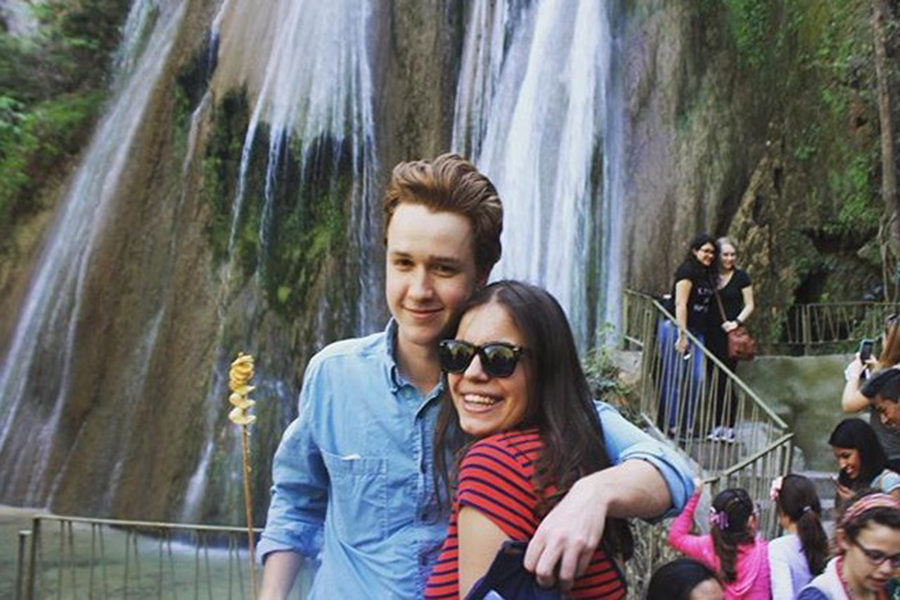 Senior Joe Fuller and his prom date Azu Faibani pose in front of a waterfall, the Cola de Caballo, in Monterrey, Mexico.

After spending a week in Mexico with Spanish IV and V students Feb. 25 to March 4, Fuller not only discovered the cultural experiences but built a friendship with Monterrey student Azu Fabiani.

“When I met her on the trip, we became friends fast and now she’s coming to the U.S. for Prom,” Fuller said. “I’m excited because it is going to be a multicultural experience that I’ve never had before.”

Fuller thinks it is important to try out new things. Earlier this year, Fuller left the comfort of his own home to travel across the border. This time, however, it is Fabiani that will be traveling to the U.S.

“I believe it is important to step outside of comfort zones and to expose ourselves to different cultures and ways of life,” Fuller said. “I think bringing a date from Mexico to prom is trying something new and hopefully will give both me and my date an interesting experience to see how our cultures are both different and similar.”

Fuller plans on officially “promposing” to Fabiani when she arrives in the United States over the weekend of prom.

“I haven’t asked her officially because I think it would be lame asking her over the internet, so when she gets here I’m planning on just asking her the day of the dance. It’s for sure that she’s coming, and I hope she is as excited as I am for this new experience,” Fuller said.

Fuller hopes she is excited to experience an American dance, but he is also sad that Prom is around the corner.

“I know it is going to be my last one and it’s kinda bittersweet,” Fuller said. “It is sad how fast everything is going by and that soon I’m not going to be a high schooler anymore, which is also pretty scary.”

Although Fabiani’s first language is Spanish, Fuller does not feel a strong language barrier.

“Communicating with her isn’t a big problem, we go back in forth in Spanish and English. There is a big misconception with the speaking boundaries because they are much more ahead in understanding English than we are with understanding Spanish,” Fuller said.

Fuller plans on visiting Monterrey in the future to visit Fabiani and the other friends he has made.

“I feel as if I have family there and I would do anything to return soon. After spending almost all my time with them for a whole week and experiencing their generous hospitality I feel like I could call Mexico home,” Fuller said.