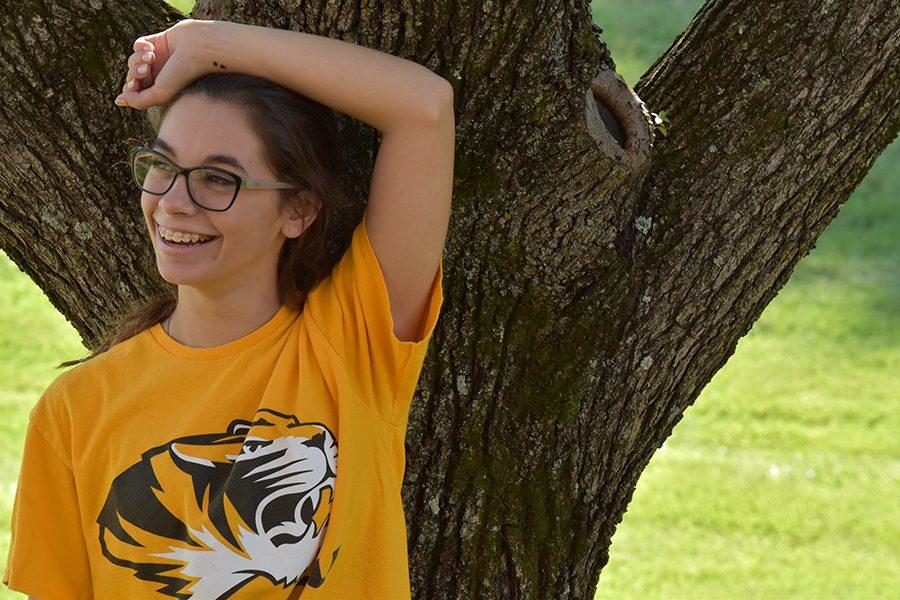 She ran to her room and felt like her world was closing in around her. Feeling an overwhelming sadness, she had no idea how to handle it. This was the first time junior Kalyn Newirth-Deutsch thought she might have depression.

“I came home and I couldn’t breathe. I was so sad and I didn’t know what to do about anything, and I honestly thought I was going to feel like that forever,” Newirth-Deutsch said.

For Newirth-Deutsch, waves of depression can hit at any time, no matter where she is.

“When you’re sad, all you want to do is cry, but when you’re at school you don’t want to. Everyone always asks if you’re okay,” Newirth-Deutsch said. “No, all I need is for you to let me cry and talk to you. You don’t even have to say anything. I just want to know that someone is listening to me.”

Perinatal, seasonal, persistent-there are multiple types of depression. According to the National Institute of Mental Health, people with depression might not necessarily show every symptom, and might even only show a few. Depression is often not treated until a person outwardly displays extreme symptoms that affect them and others in everyday life. However, people with less-prominent symptoms can still greatly benefit from treatment.

“She was never really secretive, but she definitely had a hard time explaining it at first,” Newirth-Deutsch’s friend and senior Rachel Griffard said. “I could tell something wasn’t right. It was really frustrating for her because she didn’t know how to explain what she was feeling to me.”

After Griffard finally got an idea of what Newirth-Deutsch was going through, she encouraged her to talk to her parents.

[quote text_size=”small” author=”Rachel Griffard”] As much as it’s a hard thing to ask for help, I wanted her to know that it isn’t a weakness but a strength to lean on people around you. [/quote]

Some people, like Newirth-Deutsch, do not take any medications for depression. Instead, she sees a counselor regularly.

“I hate it, but my parents are making me go to make sure I’m safe,” Newirth-Deutsch said.

According to Time magazine, 65 percent of people with severe symptoms of depression do not seek out treatment. After multiple sessions of counseling, Newirth-Deutsch has not seen progress with her counselor and prefers going to a friend in times of need.

“As much as it’s a hard thing to ask for help, I wanted her to know that it isn’t a weakness but a strength to lean on people around you,” Griffard said.

Other than Griffard, Newirth-Deutsch said that she trusts teachers and friends to talk to when she needs support.

“Recently she had an issue, and I just sent her Snaps [Snapchats] I had saved of funny moments and let her vent to me to get it all off her chest,” friend and junior Mali Siegel said.

Amy Bleuel, who suffered addiction, mental illness and rape, started Project Semicolon, a non-profit organization whose mission is to ‘encourage, love and inspire’. She hoped  by spreading mental health and suicide awareness through the semicolon, that suicide rates would decrease.

When Newirth-Deutsch told her friends about the semi-colon tattoo she wanted to get on her wrist, they loved it, and so did she.

[quote text_size=”small” author=”Kalyn Newirth-Deutsch”] I didn’t get it because it’s common and in-trend. I got it because it means something to me, and that’s all that matters. [/quote]

Newirth-Deutsch said that she can not give much advice at the moment since she is still struggling with depression. However, she does have a few things that help her when she finds herself slipping into depression during stressful situations.

“I kept writing the semi-colon on my hand so I could keep looking at it, and that really helped me. Even if it’s just saying something over and over again in your head, it helps,” Newirth-Deutsch said. “I made sure I got this tattoo before school started because I knew it was going to be a really tough year and that I would need it. It’s a reminder that instead of ending your life, you choose to keep going.”

Although she is still struggling with depression every day, Newirth-Deutsch hopes to be happy and someday free from the burden of depression.

“Though depression is a mental problem, it can swallow a person whole,” Newirth-Deutsch said. “There are good days and bad days, and although it feels like it will never go away, I keep dreaming of a day that I will feel at peace.”