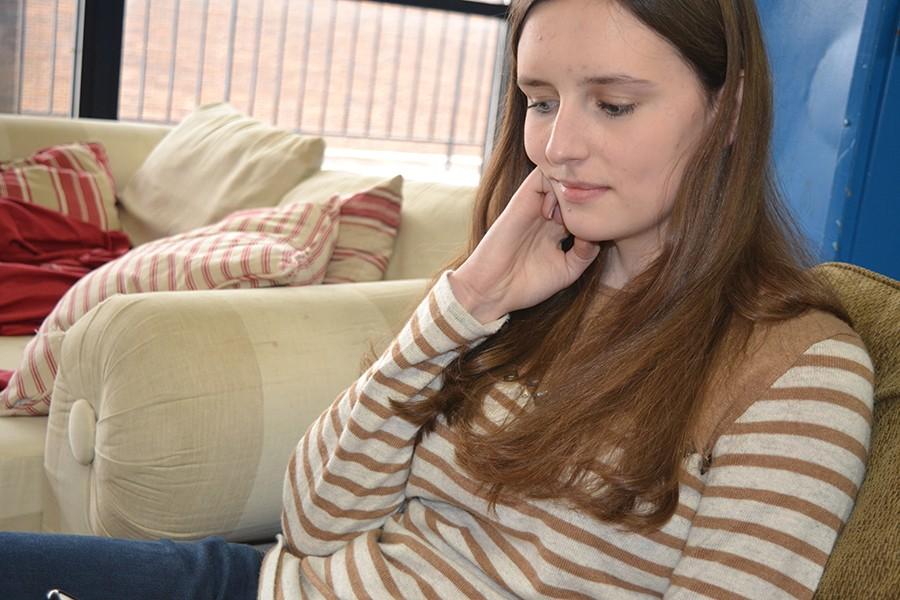 "Break could have been longer," senior Sarah O'Beirne said after returning to school.

With winter break now little more than a distant memory (oh, the toll two weeks back in school has had on us all), if you take the time to ask anyone how their break went, expect no more than a quick “eh, it was average.”

According to the results of a Pathfinder survey sent out to students, 40 percent believe that their winter break was completely average in comparison to the breaks of their peers.

“Maybe winter break wouldn’t have been so bad if I had four more days,” wrote one anonymous survey-taker. “After a while, I couldn’t even tell that days were going by anymore because I wasn’t productive at all.”

Another 30 percent believe that their break was downright boring and unexciting compared to what others did.

“Everybody else went some place cool or out of town while I just sat at home doing nothing,” sophomore Gabrielle Thompson said.

But another trend is also apparent; out of those who claimed that their breaks were average or boring, almost all admitted that they enjoyed their break, anyway.

“I’m fine with [what I did],” Thompson said. “Would it have been awesome to go out of town or the country? Yes, but staying at home, surrounded by family, is cool too.”

The Holmes-Rahe Stress Inventory, a list of events considered to be the most stress-inducing to the average person, even ranks vacation (specifically traveling) as life’s 41st most stressful occurrence.

“My winter break wasn’t something extraordinary,” freshman Olivia Riemer said. “It was just really nice because I could just relax and [I didn’t have] anywhere to be at any given time. I didn’t have any homework that I had to do.”
And a 2010 study by scientific journal Applied Research in Quality of Life had similar results, saying that only vacationers who took a “very relaxed” vacation came back happier than they left.

“I wish I could have gone somewhere exciting like some of my friends did, but it was still nice to have a relaxing break,” another anonymous survey-taker said.

So while a stay-at-home break may have proved more beneficial to those wishing to destress, the bittersweet end of break was always seemingly just around the corner.

“Everyone is like, ‘Ugh, school’, and there’s me who is just like ‘Yes, school!’,” freshman Mitchell Norman said. “I was the same way about finals. On a more serious note, I truly enjoyed coming back. It felt like a fresh start with a new semester even though my schedule didn’t change. I also got to see all my friends which was a plus.”