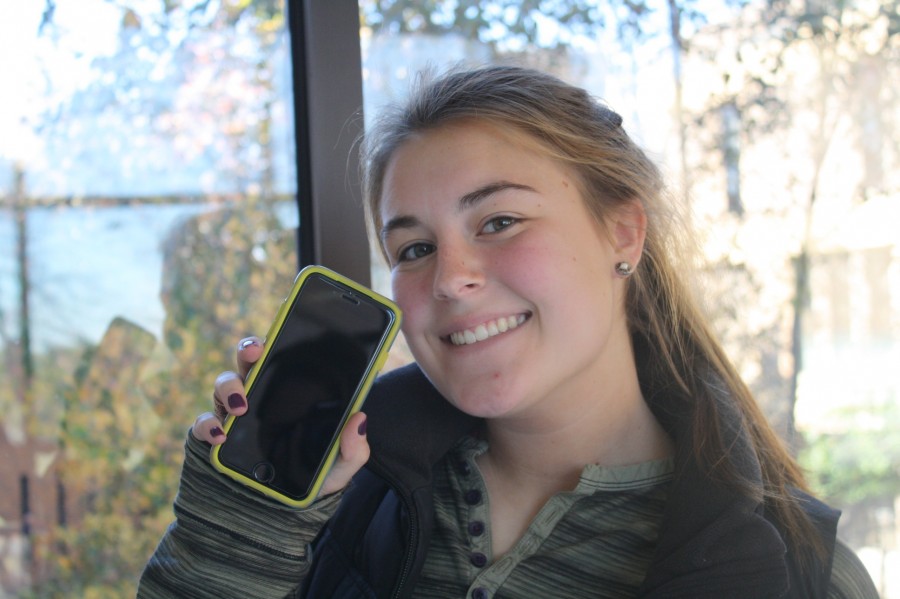 From the 3D touch to a brand new color, Apple has launched a redesign with their iPhone 6S. The new phone came out on Sept. 25 and has already sold millions. New features include 3D touch, live and higher resolution photos, a new advanced chip and an improved design.

“I’m excited for the new color although I’m not getting that one, but still I think it’s really cool and it’s something different finally. Change is always nice in general,” freshman Luke Donovan said.

The 3D touch, or multi-touch, enables the user to have different layers within the screen. For example, the user can lightly tap an email to preview it before actually opening it, or preview a website without actually leaving an app and preview pictures while the camera app is still open.

“If you press harder on [the camera app], then it’ll pop up a menu. It shows right there  if you want to take a selfie or a picture or video, so I think it’s really helpful because it doesn’t take as long,” freshman Abby Socha said.

Apple has also redesigned the camera that creates sharper images and adds a new live image option. The live image lets the user take pictures that come to life with movement and sound when one taps it. The camera also takes 12MP pictures and 4K videos up to four times the resolution of a 1080p HD video.

“The live photos are cool, but I don’t really use them,” senior Maddie Rose said. “I guess the camera is better, and I take a lot of pictures so I like that. There’s also a front flash which is cool.”

A new advanced chip, an improved design and a new color wraps up the changes that Apple made to the phone. The 6S is priced at $649 and the 6S Plus is priced at $749 which is a $450 price increase from the release of the 5S.

“I think, between the 6 and 6S, there’s no big difference, but if you were going to get a 5 versus a 6S, it’s definitely worth it because it’s faster and just everything is updated,” junior Rachel Friedman said.