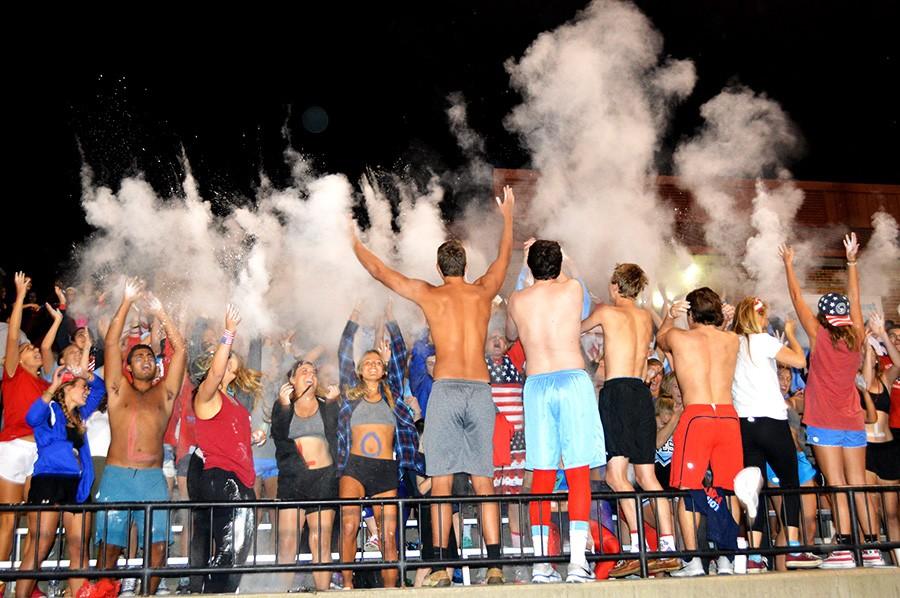 The Longhorns face Parkway Central (2-2) at home on Friday, September 18.

The Longhorns lost their home opener 38-0 against the number ten-ranked small school, University City Lions. This is the third consecutive week the Longhorns have faced a ranked opponent (Affton, Summit, U. City.)

“We have faced some great football teams the past three weeks. We are not satisfied though with the fact that we have lost the last two games. It is a long season so as a team we have to learn and forget our mistakes,” junior defensive end Ryan Wimmer said.

Five turnovers turned up costly for the Horns on Friday giving the Lions great field position the entire game. The Lions were able to score 25 of their 38 points off of the turnovers.

“A big problem on Friday is that we did not take care of the ball well. We gave U. City too good of field position the whole game and they were able to capitalize off of it,” junior center Logan Williams said.

It was neck and neck throughout the first quarter with many key stops coming from the Longhorn defense led by junior linebacker Drew Seers. Seers led all tacklers in the game with nine.

“As a team we need to stay more focused and locked in for all four quarters. We are a strong team even with having so many players injured,” Seers said. “When things are not going our way we need to find a way to respond with a big turnover or touchdown.”

“We had so many guys in new positions on defense due to injuries.  This game served as a great learning experience for us,” junior linebacker Judson Martin said.

The offense was without senior running back Nick Lewis for the night. Lewis has led the team with 334 rushing yards and three touchdowns on the season.

“My head was really bothering me through out the week and I was diagnosed with a concussion at the hospital. However, I got a second opinion on Friday and they told me I didn’t have one. I will definitely be back Friday against Central,” senior running back Nick Lewis said.

Sophomore running back Malikh Taylor help filled Lewis’s absence by carrying the ball four times for 16 yards. Taylor also had an impressive 32-yard kick return in the third quarter to give the Horns great field position.

“It was a great overall experience. I had a lot of nerves going into the game but once I got a few runs under my belt I really settled down and focused on what I had to do,” Taylor said.

The team looks to bounce back this Friday against Parkway Central 2-2. The Horns were knocked out by Central last year in the first round of districts.

“This game is behind us now. We have a lot to work on this week in order to prepare for our rivalry game against Central on Friday,” senior cornerback Scott McKnight said. “It is going to be a fiercely competitive game with all of us wanting revenge against them.”