A new change for a new life 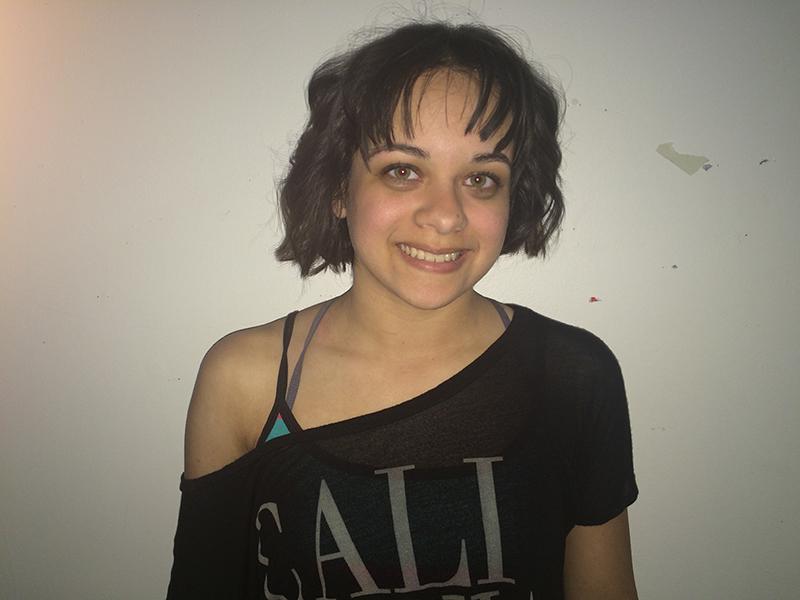 “This was technically my first time cutting my own hair, besides when I was five. The hardest part of it all was probably knowing that I was doing it and no one else knew," senior Bayleigh Williams said.

In just a couple months, senior Bayleigh Williams will be leaving St. Louis to attend Millikin University in Decatur, Illinois. Before leaving for college and starting a new chapter in her life, Williams decided it was time for another change. On Sat. April 18, she cut off 12 inches of her hair, by herself.

“After I got out of the shower I just kind of thought, why not. I had been thinking about it for a while and I got tired of it. I am about to go off to college and it’s been really stressful. I just kind of felt like I needed a change in my life,” Williams said.

Williams looked up “how to cut your own hair” on wikihow.com and made sure that her hair was still wet. She used really sharp scissors before taking her index finger and middle finger to measure out the length.

She cut right above her fingers and after she finished she swept it all up. Williams was careful not to cut any parts of her hair that didn’t need to be cut, so she used bobby pins and pony tails to hold them back.

“This was technically my first time cutting my own hair, besides when I was five. The hardest part of it all was probably knowing that I was doing it and no one else knew. I felt almost kind of guilty about it all, but afterwards, just feeling all my new hair, it was really free and healthy and it just made me feel a lot better,” Williams said.

All of Williams life, she has had long curly hair.

“It has always been something that is a part of me and I guess it kind of makes me think of my childhood, and now that I am going off on my own in a couple of months it is kind of like I need to get out of that phase and move onto the next one,” Williams said.

The day after Williams cut her own hair, she went to the barber shop to have them shape it up and fix the back.

“It was really hard to see the back of my head when I was doing it, and it didn’t look bad at first, but it wasn’t exactly right. I needed them to shape it the way that it looks now,” Williams said. “Eventually I do want to grow my hair back out again.”