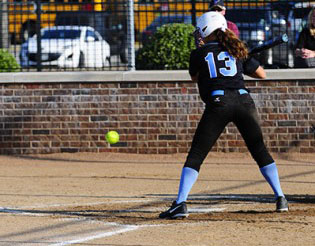 Junior Grace Gwin tore her ACL for the first time about one year ago. The recovery process took 10 months for her complete and return to playing both soccer and softball. Gwin went through surgery and then attended rehab two to three times a week for more than six months.

“It wasn’t as bad the first time, I mean I still couldn’t walk but I tore it after districts for softball, and after cup for soccer, so I still got to play in them. It was tough mentally though because I knew I would be out for so long, and physically because I had to learn to basically function without my right leg,” Gwin said.

Gwin tore her ACL again Oct. 5 during a select soccer game. She stepped for the ball one direction and the opposing player ran through the ball going the opposite direction, taking out her knee.

“It still hurts during the day right now, even when I am not doing anything, so it is kind of distracting. Plus it is depressing because I have to miss districts for softball and cup for soccer, and both teams had a good chance of going far,” Gwin said.

Gwin’s ACL has a complete tear in it, and the MRI showed something wrong with the meniscus as well.

“I will get surgery sometime soon, after I do a little bit of rehab first, but I am most sad about is that most colleges look at you for scholarships your junior year, and now I can’t play this year at all. It takes so long to be fully game ready again and I only have one year left,” Gwin said.

Gwin plans to be team manager for soccer and softball until she is able to recover fully and play again.