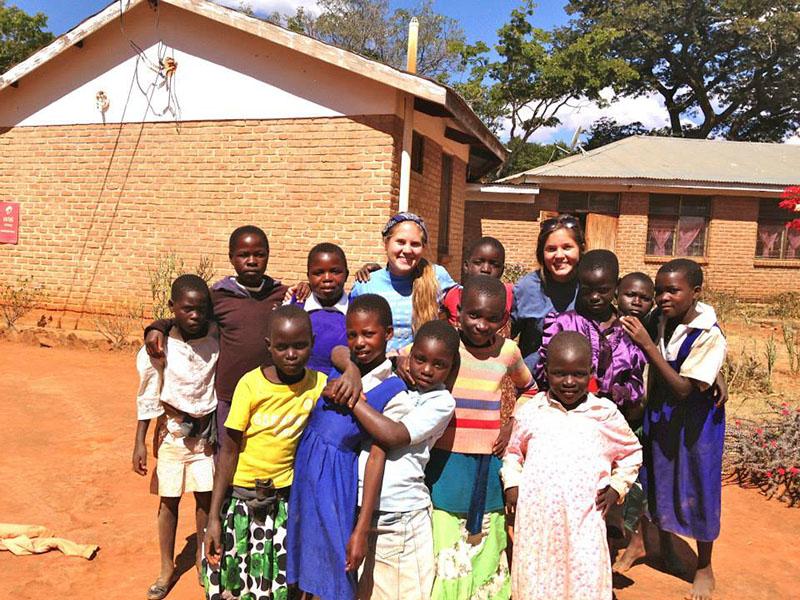 Junior Gwenn Pietrowski and her sister Erin travel to Embangweni, Malawi with family.

During summer vacation, junior Gwenn Pietrowski traveled to Embangweni, Malawi July 13 to 31 with her mom, sister and grandparents to volunteer and see the countryside.

Pietrowski’s grandparents have traveled to the same African village for the past 21 years.

This was Pietrowski’s first time going, however once her grandparents stop going, they would like for Pietrowski and her family to continue going.

“This country taught me so much. People go to third world countries to help people in poverty. Although they are in economic poverty, they are richer in every other way. This country has a wonderful sense of community which I admired. It is something that Americans seem to lack. Everyone is always so happy and thankful,” Pietrowski said.

The conditions that Pietrowski lived were different than she is accustomed to in Chesterfield.

“In our guesthouse we stayed at the showers weren’t working. We had to get buckets of hot water and take bucket baths. Although this was not the ideal way to bathe, my sister and I cracked up the whole time,” Pietrowski said.

The brick houses were small, only some had electricity, and they had to get their water from wells.

“I know my grandparents mean a lot to the village.  Going to church there was so different.  You walk into an all concrete white room with nothing religious, just a stage with rows of wooden church pews, and the kids sit on the floor,” Pietrowski said.

Pietrowski built houses and wells, while learning about how their daily lives work. She also visited the school and got the chance to meet and hang out with kids that were around her same age.

“I got a chance to play soccer with boys from the high school. It was so cool to just hang out with kids my own age and get to know them. They weren’t any different than American tennagers,” Pietrowski said.

Pietrowski attended ceremonies to honor her Grandpa and the work he has done for their community.

“I was so thankful that my grandparents wanted to share this experience with me because this is probably the last time they will be going just because they’ve gone for so long now,” Pietrowski said.

After visiting Malawi and getting to know the people who lived there, Pietrowski looks at the community as her second home.

“I grew to be envious of their lifestyle. It’s not an easy one, but it’s simple. America really lacks simplicity. I have learned to be more grateful and enjoy the little simple things in life,” Pietrowski said.