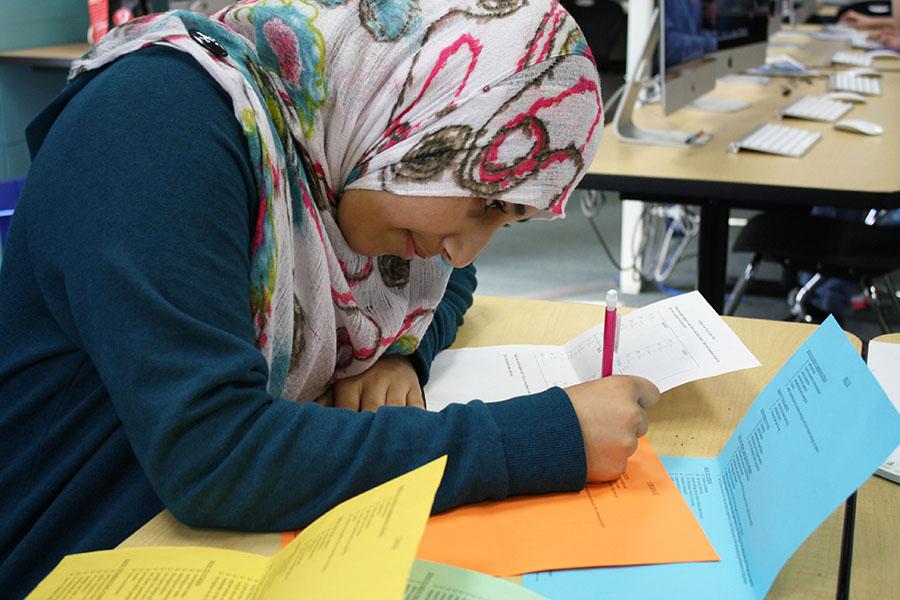 Ranking words grouped together in a box based on which ones reassembled them the most, sophomores, juniors and seniors took the True Colors Personality Quiz on Wednesday, Aug. 27 during the common ground period.

Students filled out five boxes each containing four sets of three words. They then ranked the group of words with numbers one through four, putting a four next to the group that best represented them, then a three and so on. After completing this, students added up all their numbers to identify which color they matched.

“I got the color gold and I think that it does fit my personality well just because I am kind of uptight and follow the rules a lot. I thought taking the test was really interesting because I wanted to see how accurate it really would be,” senior Hanna Benoski said, “based off of the results and everything I thought it was really accurate and it was cool to see everyone else’s reaction and colors.”

“I thought the color orange resembled my personality the most. It was the color for fun and outgoing people which really resembles my personality. I don’t think I really match any other color as well as I matched orange,” junior Grace Colbert said.

The Administration used the personality test in hopes that it would allow teachers and students to see the different styles of learning and leadership.

“The test is best used to relate to people’s styles of learning. It’s not clear cut, and people can have traits of different colors but it gives us an insight about everyone’s likes and dislikes and their differences to help us better understand someone,” junior class principal Mario Pupillo said.