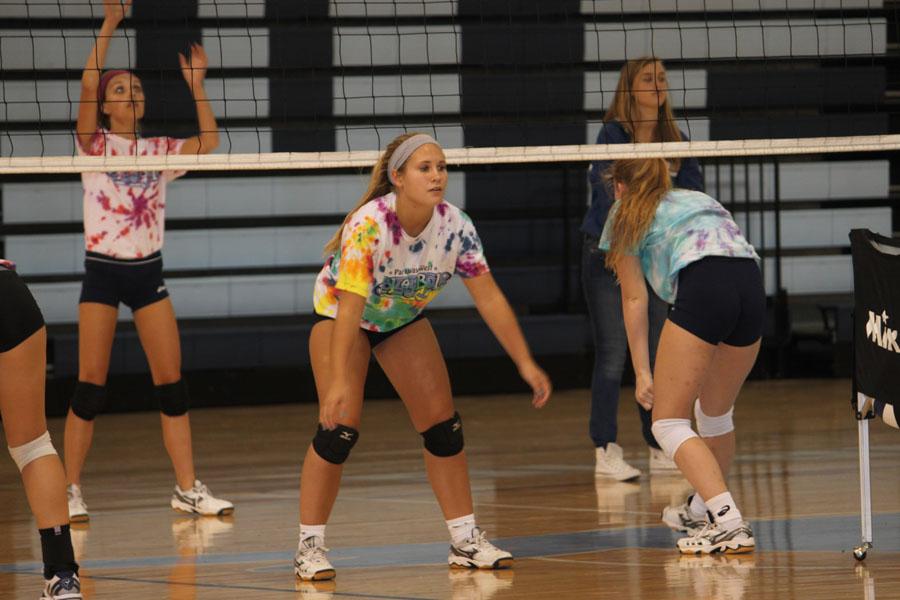 JV girls volleyball takes third in the tournament played on the day of homecoming.

Homecoming day is filled with a list of things to do to prepare for the dance, but imagine having to play in an all day volleyball tournament. The JV girls volleyball team went 2-2 on Saturday, Sept. 28 earning them a third place victory.

“There was some stiff competition like there always is. It was fun though to play and grow as a team. We have really been working hard these past few weeks,” sophomore Corinne Schillizzi said.

The girls finished the tournament at around 2:00 that afternoon, giving them around 2 hours to get ready, depending on their schedules. Sophomores Mary Galkowski, Caroline Gibbs and Gwenn Pietrowski knew they were going to be short on time that day, so they planned ahead and got their nails done earlier in the week.

“At first I was worried about not having enough time to get ready but I ended up having plenty of time and I thought the tournament was a lot of fun,” Pietrowski said.

Almost all of the varsity team came and supported the JV team during at least one of their games.

“Even though it’s hard having to play on homecoming because you don’t have time to do all the stuff you normally would, like get your hair and nails done, there was a plus side because varsity came and supported us which was a lot of fun,” sophomore Kelly Douglas said.

Captains of the team had to write letters to the players encouraging them to keep focusing during the tournament and not stress out about homecoming.

“I noticed no one gave up and kept playing their hardest throughout the whole tournament just as they would any other game. I was really proud of my team when we beat Nerinx in the tournament after loosing to them previously in the season,” Galkowski said.