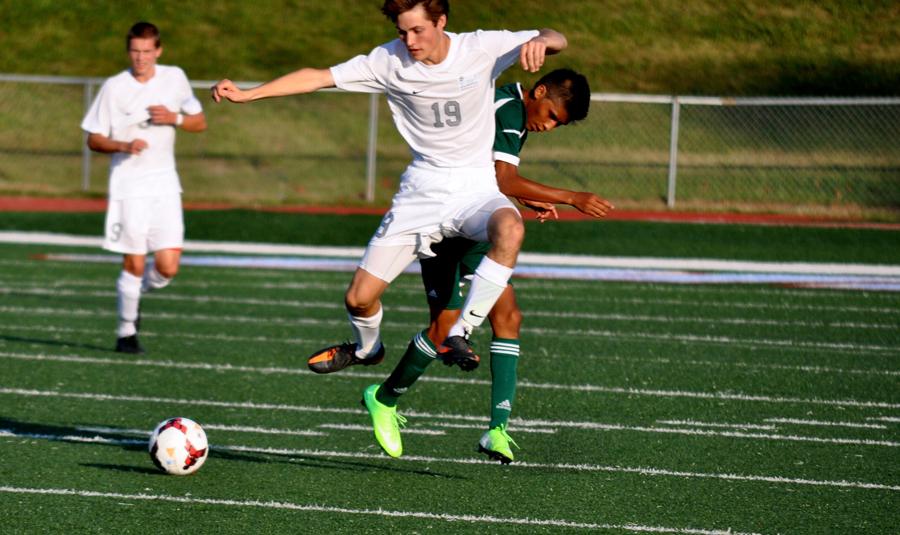 Boys varsity soccer takes on Pattonville in the first home game of the season. The senior spolighted was Dan Barlett. "I think its really cool for each senior to be honored on their own night. I really like the idea," senior Ben Ratliff said.

Senior night comes around once a season for each sport, however Varsity Boys soccer is changing that up. The soccer booster club came up with the idea that at every home game a Senior will be featured.  The first home game on Aug. 28 spotlighted senior Dan Barlett.

“My senior night was really fun. There were lots of fans so I had a lot of support,” Barlett said.

Senior Johnny Galvin had the second Senior Night– his was Irish themed. Students were to dress in as much green as they could.

“My senior night was on a Friday, so the team and I thought it would be cool to make it themed. Some of them came up with the idea to make it Irish themed because my goalie jersey this year is green. They also joke around and say that I look like a leprechaun because of my red hair, ” Galvin said.  “We played Fox High School, so it was a pretty good game, we won 5-1.”

Senior Gavyn Prsha personally requested that his senior night be against Kirkwood.

“I wanted my senior night against Kirkwood because freshman year I broke my leg playing them and they are like a personal rival for me,” Prsha said.

Having 12 Seniors on the roster, the team was left with only seven spots for other teammates.

“Even though I am not a senior I think it’s better for each senior to get their own night rather then just having one senior night. It is more recognition for each player,” Junior Tucker Watts said.

To conclude the season there will be an all team senior night on Oct. 24.