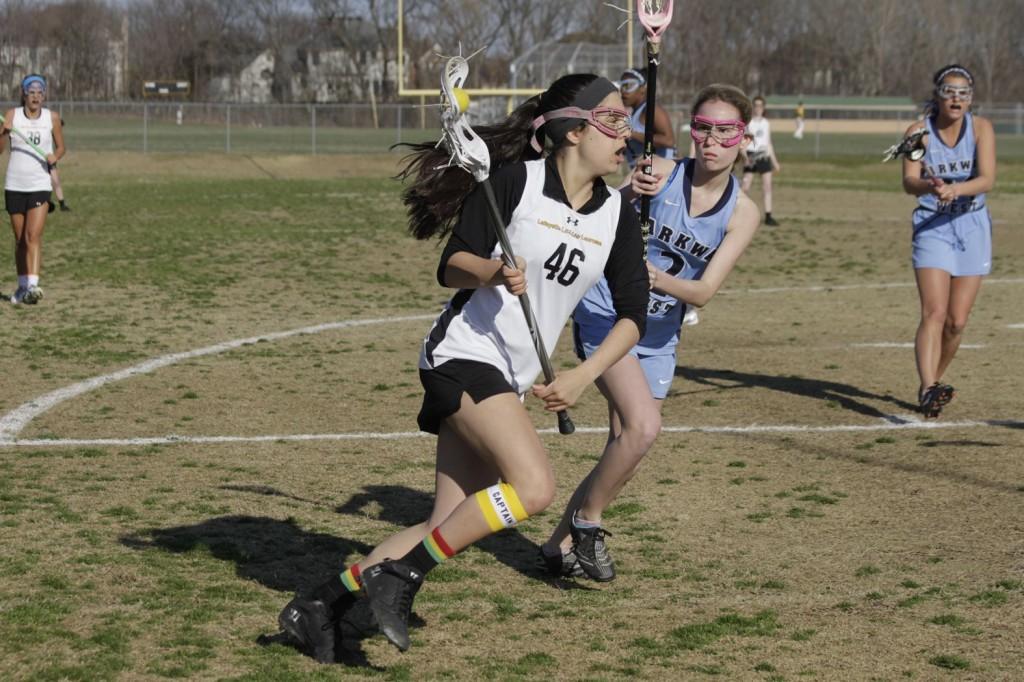 “We played like a team and held out for the win,” junior Allie Rayfield said, “It was a really competitive game from the start.”

“At one point I got a yellow card, which put us down a person for two minutes,” Lindo said. “But the team held it together on defense and didn’t allow anything through.”

At the beginning of the game, the lacrosse program congratulated senior Annie Spewak on her state record for her number of goals. Spewak was asked to meet her coach at center field where she was given flowers and a list of Spewak’s lacrosse achievements were read.

“It was really cool to see them honor Spewak and then win the game,” senior Paige Smith said. “We lost to Ladue last year but it was a close game so I was glad we won this time.”